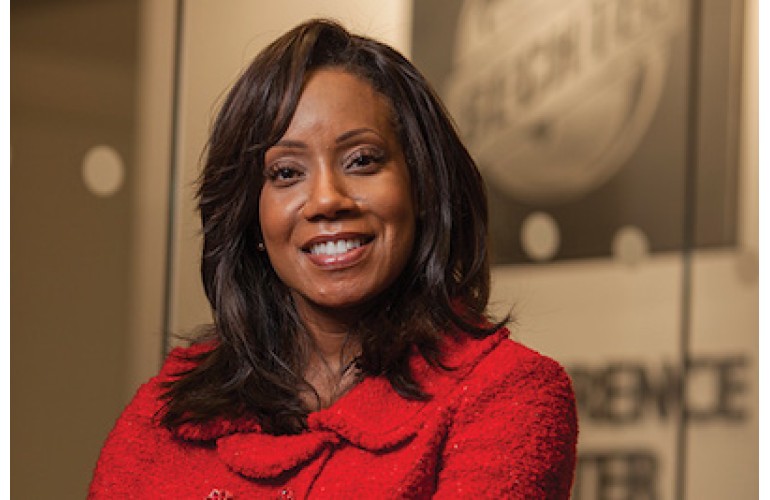 Bechtel announced this week that The Network Journal, a New York-based Black professional and small-business magazine, has honored Charlene Wheeless, principal vice president for Global Corporate Affairs, as one of the “25 Influential Black Women in Business”.

Brendan Bechtel, chief executive officer for Bechtel Group, Inc., lauded Ms. Wheeless as a colleague “who has inspired countless numbers of young women and men to one day become industry leaders like herself. Most recently, Charlene successfully spearheaded Bechtel’s efforts to sponsor and launch the film Dream Big, which aims to inspire boys and girls, especially from underprivileged backgrounds, to pursue STEM-focused careers.”

After receiving hundreds of nominations for the award from corporate leaders, a distinguished panel ultimately selected Ms. Wheeless and 24 additional black women executives due to their significant and long-standing contributions to business as well as because of their strong commitment in giving back to their respective communities. All 25 executives embody the phrase “redefining excellence” according to the panel of judges.

Ms. Wheeless said, “I am deeply humbled to have received this honor from The Network Journal. I accept it, not for myself, but for the countless number of mentors that I have had throughout my 30-year career as well as on behalf of my 50,000 plus colleagues from Bechtel. The only way I can give back to all those who have helped me is to redouble my own personal efforts to help nurture the next generation of young women business leaders, especially those from diverse backgrounds.”

Prior to her career at Bechtel, Ms. Wheeless served in leadership positions at American Management Systems, DynCorp and Raytheon. Ms. Wheeless also serves on the boards of the Greater Reston Chamber of Commerce, the National Action Council for Minorities in Engineering, Reston Hospital and the Arthur W. Page Society.

Bechtel has worked on more than 25,000 projects in 160 countries on all seven continents. The 58,000 employee-strong engineering, project management, and construction company operates through four business units that specialize in infrastructure; mining and metals; nuclear, security and environmental; and oil, gas, and chemicals. Bechtel has customers, partners, and suppliers on diverse projects in nearly 40 countries. www.bechtel.com