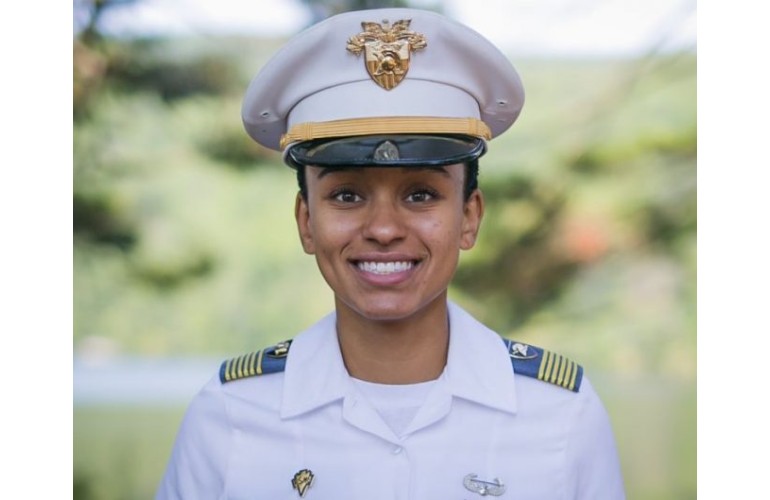 As First Captain, she is responsible for the performance of the 4,400-member Corps of Cadets.

Askew is the first African-American woman to hold this position. She will assume her duties on Aug. 14.

Her duties also include implementing a class agenda and acting as a liaison between the Corps and the administration.

“Simone truly exemplifies our values of Duty, Honor, Country. Her selection is a direct result of her hard work, dedication, and commitment to the Corps over the last three years,” said Brig. Gen. Steven W. Gilland, commandant of cadets. “I know Simone and the rest of our incredibly talented leaders within the Class of 2018 will provide exceptional leadership to the Corps of Cadets in the upcoming academic year.”

Outside of the curriculum, Askew is a member of the Army West Point Crew team and developing leaders as the Cadet-in-Charge of the Elevation Initiative.

She is a graduate of Air Assault School, an EXCEL Scholar, a member of the Phi Alpha Theta Honorary National History Society, a recipient of the Black Engineer of the Year Award for Military Leadership, and holds the highest female Recondo score during Combat Field Training II for the class of 2018.

I discovered your Cadet Simone Askew is First Captain – US Black Engineer page and noticed you could have a lot more traffic. I have found that the key to running a website is making sure the visitors you are getting are interested in your subject matter. We can send you targeted traffic and we let you try it for free. Get over 1,000 targeted visitors per day to your website. Start your free trial: https://flxv.tk/6 Unsubscribe here: http://pcgroup.com.uy/2a

I came across your Cadet Simone Askew is First Captain – US Black Engineer website and wanted to let you know that we have decided to open our POWERFUL and PRIVATE web traffic system to the public for a limited time! You can sign up for our targeted traffic network with a free trial as we make this offer available again. If you need targeted traffic that is interested in your subject matter or products start your free trial today: http://v-doc.co/nm/jkfq0 Unsubscribe here: http://priscilarodrigues.com.br/url/11

I love to read this site. It’s an awesome article.