Calvin G. Butler is new SVP of Exelon and CEO of Exelon Utilities 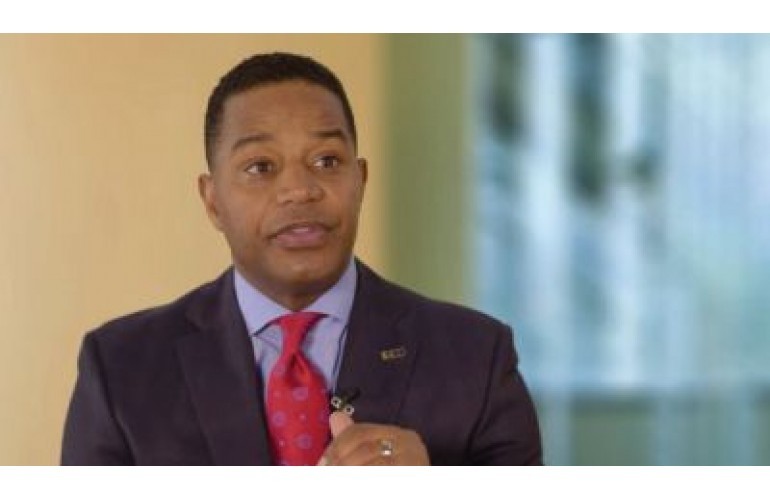 Exelon Corporation announced recently that it has appointed Calvin G. Butler Jr., CEO of Baltimore Gas and Electric Company, as senior executive vice president of Exelon and CEO of Exelon Utilities, a role he has held on an interim basis since October 15.

In his new role, Butler will oversee six electric and gas companies — Atlantic City Electric, BGE, ComEd, Delmarva Power, PECO and Pepco. Together, they form the nation’s largest utility company by customer count, serving approximately 10 million electric and gas customers in New Jersey, Maryland, Illinois, Delaware, Pennsylvania and the District of Columbia, respectively. He will remain a resident of Baltimore and work out of Exelon’s D.C. offices.

Butler is an 11-year veteran of Exelon and has more than 25 years of leadership experience in the utility industry and in regulatory, legislative and public affairs. As CEO of BGE, he was responsible for implementing the utility’s strategic priorities, including its initiatives related to safety, reliability, customer service, innovation and diversity, and inclusion. Butler serves on BGE’s board of directors and on Exelon’s Executive Committee. In addition, he is board chair of the Gridwise Alliance, an advocacy organization promoting modernization and innovation for the nation’s electrical grid, and serves on the board of directors for RLI Corp., where he is a member of the Audit and Nominations/Governance Committees. He is an Independent Trustee of the PNC Funds Board and previously served on the board of directors for the Federal Reserve Bank of Richmond.

“Under Calvin’s leadership, BGE has made significant advancements in customer service and electric reliability, resulting in record customer satisfaction and solid financial results,” Crane said. “His strong track record will be invaluable as we further our commitment to provide clean, affordable and reliable energy in the communities we serve.”

Butler was born and reared in St. Louis and lived in Chicago for 15 years. He earned an undergraduate degree in public relations from Bradley University in Peoria, Ill., and a law degree from Washington University in St. Louis.

His path to CEO started when he went to work for a utility company in central Illinois as in-house counsel, focusing on corporate and compliance law. He would go on to hold various positions including as a lobbyist who helped write the first deregulation bill in the country in the mid-1990s.

Before joining Exelon in 2008, Butler held management positions with the print, digital, and supply chain solutions company RR Donnelley, including vice president of manufacturing, senior director of government affairs and senior vice president of external affairs. He had been recruited by RR Donnelley to start its state and local affairs program. Butler also managed RR Donnelley’s supplier diversity and government sales groups and served as president of the company’s nonprofit foundation.

In a cover story with US Black Engineer magazine, he was asked about BGE’s relationship with historically Black colleges and universities (HBCUs), Butler said the company is fully committed.

“We have significant involvement, and it’s still growing,” said Butler, citing BGE’s “strong partnership” with Morgan State University as well as other HBCUs such as Bowie State University.

BGE offers internship opportunities to college students, mostly in the summer, but also some throughout the year. Engineering, training, regulations, and rates, as well as communications, are some of the departments in which interns are put to work.

“We are not having them get coffee,” Butler commented. The interns are paid, and Butler said about 20 percent of interns are later hired for full-time employment. “I want BGE to be an employer of choice,” said Butler.

Butler advised young people to find what they are passionate about, what they enjoy. “Because people will pay you to do what you do.” He cautions against making decisions solely based on financial gain, explaining that such a rationale can lead to short-term gain and long-term unhappiness.

He added that several of the moves he made probably left colleagues wondering what he was doing. The position he took at one of RR Donnelley’s plants was one that others may have thought was a step backward. However that position – working second shift – was where he gained valuable experience and confidence in leadership, he points out.

“Does this step help me with my plan?” is a question Butler suggested young people periodically ask themselves.

Learning to listen to one’s inner voice is also a key to maturing personally and professionally.

Butler, who moved to Maryland in 2013, has been actively involved in the various communities in which he’s lived. He served on the board of directors for the Greater Baltimore Committee, the Maryland Zoological Society and was chair of the American Heart Association’s Greater Baltimore Heart Walk. He was on the board of governors for The Center Club and a governor appointee to the Private Sector Economic Development Commission. Butler is also a member of the Baltimore Community Foundation and the Enoch Pratt Free Library.