Capital One Covets Interns with Passion, Vision for STEM 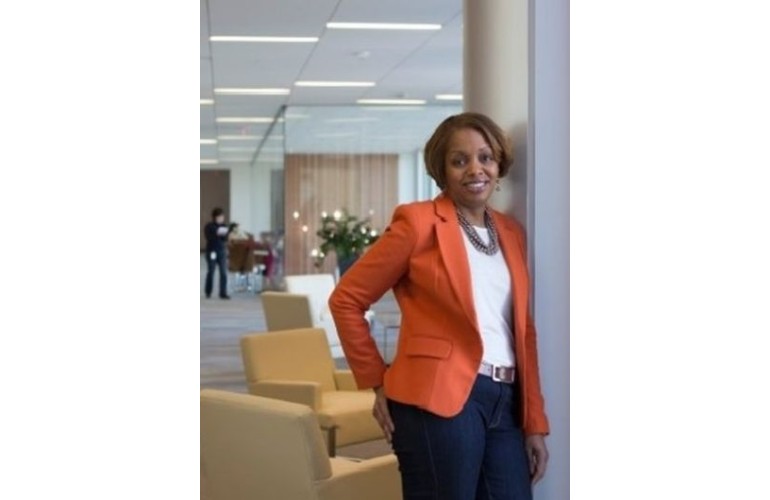 These words should be sweet music to a STEM student’s ears: “We do spend quite a bit of time looking for ways to attract STEM students.”

That’s not a representative from a traditional tech company talking, such as a Google, Microsoft, IBM or any number of other organizations seeking to stock up on the talent in their STEM pipelines. Instead, it’s Capital One, the diversified banking company that competes in financial services.

For science, engineering, mathematics, and technology (STEM) students seeking that perfect internship, Capital One, founded in 1994, is saying “come do technology with us.”

Shavonne Gordon, Capital One director of diversity recruiting, leads the charge for her organization’s pursuit of STEM interns into the organization. Gordon, whose quote is above, wants students to know that McLean, Virginia-headquartered Capital One has a compelling story to tell about technology.

In a recent survey, Vault Inc., an organization that provides career information and solutions for professionals and students via its website vault.com, rated Capital One fourth on a list of Best Financial Service Internships for 2015. Vault surveyed current and former interns about their internship experiences with financial services firms based on criteria that included quality of life; compensation and benefits; the interview process; career development; and full-time employment prospects.

So when is a bank a technology company? When the year is 2015, and it is technology that is driving new-age business through avenues like online and mobile, sophisticated applications development, and the mining of “big data” for marketing and merchandising. On big data, for instance, large U.S. banks are using technology in an effort to better understand how customers use their varying service channels, such as branches, ATMs, web, mobile and call centers, according to a 2013 study by the International Institute for Analytics and SAS Institute.

Additionally, Capital One buttressed its technology credentials in 2011 when it acquired ING Direct USA, an online banking company, for $9 billion. The deal accelerated Capital One’s transformation from largely a credit card lender to a full-fledged banking company with the nation’s largest online banking portfolio – and placing it at the forefront of massive changes surrounding financial services as the industry shifts to an online/mobile banking business model.

Gordon said Capital One, as it evolves as an organization, needs to add professionals with superior STEM skills, which just a few years ago was the domain of those pure technology companies.

“While we tend to look for engineers or computer scientists, we also look for students who have a rich background in technology,” Gordon said. “So those students who are kind of working on that web page or working on those Android applications in their free time, we get really excited about them as well.”

“If you think of today’s college student, they’ve kind of grown up with this technology. So they can see things in a different light,” she added.

Among programs, Capital One’s Technology Development Program is designed for STEM interns. It is a 10-week program largely for rising seniors but also juniors and others and provides exposure for the student to complex operational projects, executive speakers, team building, presentations, and discussions.

Capital One interns are placed into departments throughout the organization, such as finance, project management, commercial banking and brand, and interns may be placed at Capital One offices in McLean, Virginia, Plano, Texas, Richmond, Virginia, Chicago, Wilmington, Delaware, and San Francisco.

Gordon, who has worked in a number of technical capacities at Capital One before moving to her recruiting role, including as business systems analyst, project manager, technical lead and operations program manager, said the company’s technology development program seeks to place interns in key positions where they can contribute collaboratively to project teams and create solutions.

“For the students, it gives them a chance to come in and work on real projects. At Capital One, they can actually point to a place where they’ve added value,” Gordon said, who holds a systems engineering degree from the University of Virginia.

Capital One will even seek to place top internship students into the scrum master position on project teams to facilitate and lead the work of teams, Gordon added.

In interviewing students for opportunities, Gordon said coursework and credentials are important, but she also is particularly interested in hearing about their personal technology projects, such as those who might create their own video games or apps in their spare time.

“You can see their eyes light up and they sit forward in their seats and they start using their hands to describe their projects. That’s the kind of the person that we seek out in these roles. Not only do they have the background, but they have the passion for technology,” Gordon said.

Gordon said that as interns seek opportunities, they should be acutely aware of how technology intersects today with society. Keeping abreast of technology trends, such as emerging fields like cyber security, is another way the intern candidate can distinguish himself or herself, according to Gordon.

“Technology changes quickly in today’s world,” Gordon said. “That’s one of the reasons Capital One has moved to delivering software in an agile way. It allows us to get the technology to market a lot faster. We like to see interns who are also kind of up to speed on what the technologies are, and it is always great to come across the intern who is also familiar with how to deliver the technology.”