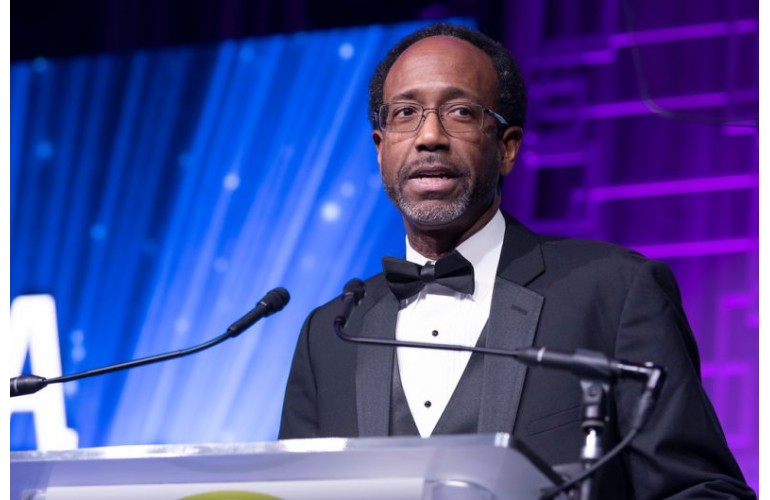 Clayton Turner received the Career Achievement Award at the 2020 BEYA STEM Conference for his outstanding contributions to the space program, as well as aeronautics and space research during his 30-year career.

Currently, as center director of  NASA’s Langley Research Center in Hampton, Virginia, Turner leads a diverse group of about 3,400 scientists, researchers, engineers and support staff, who work to make revolutionary improvements to aviation, expand understanding of Earth’s atmosphere, and develop technology for space exploration. He assumed the director’s position in September 2019.

Turner began his career with NASA in 1990 as a design engineer. Over the next 29 years, he served in various roles leading the agency’s engineering contributions to successful flight projects, including the Space Shuttle Program Return-to-Flight, the flight test of the Ares 1-X rocket, the flight test of the Orion Launch Abort System, and the entry, descent and landing segment of the Mars Science Laboratory.

“I served in the military, worked as a video game and pinball machine technician, and as a recording engineer,” Turner said after receiving his Career Achievement Award at the BEYA STEM Conference in February. “Along the way I felt like I was doing what I would do for life. What I did not know was that each of those situations was preparing me for a dream career at NASA that I could not even imagine,” he said.

“Each one of those positions taught me lessons,” Turner added. “How to function as part of a team, how to be curious and innovative in creating solutions, and how to encourage the best in people as a servant leader.”

Turner said that he also learned by the examples of family members and mentors, “what it means to be a blessing to someone, how to love enough to be honest, to forgive fully, and to push the reluctant to take on greater challenges.”

“I encourage you to find your passion, fulfill your dream, and most important be a part of helping someone else to do the same,” he urged.

Turner is active in coaching youth sports and promoting career choice. He earned a bachelor’s degree in electrical engineering from Rochester Institute of Technology.

Throughout his career, Turner has received many prestigious awards, including the Presidential Rank Award, the NASA Outstanding Leadership Medal, the NASA Exceptional Engineering Achievement Medal, and the Paul F. Holloway Non-Aerospace Technology Transfer Award. The presenter of the Career Achievement in Government Award at the BEYA STEM Conference in February was the  chairman of the NASA Advisory Council General Lester L. Lyles.