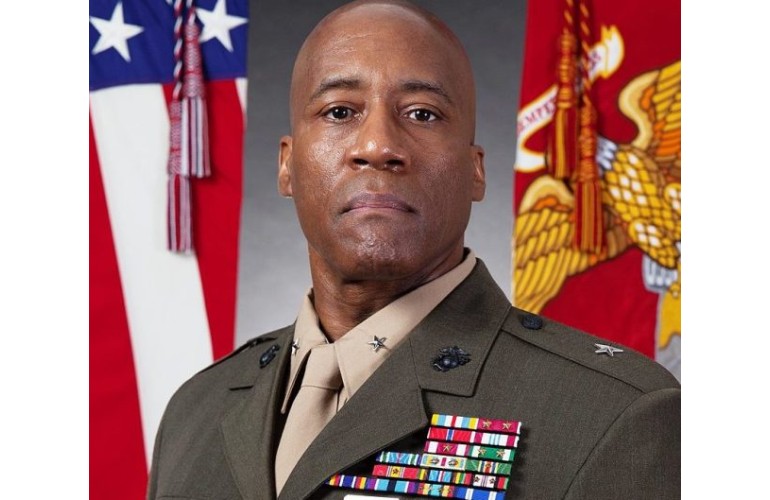 Secretary of Defense Lloyd J. Austin III announced on June 9 that President Biden had nominated Marine Corps Lt. Gen. Michael Langley for appointment to the grade of general, with an assignment as commander of the U.S. Africa Command based in Stuttgart, Germany.

On Monday,  the U.S. Naval Institute reported that the Senate had approved Langley’s promotion, making him the first Black Marine to wear four stars. Seven Black Marines have reached the rank of lieutenant general.

As a major general, Langley appeared on the cover of US Black Engineer magazine’s 2019 Veterans issue, along with Gen. David H. Berger (Photo inset).

A native of Shreveport, Louisiana, Langley graduated from the University of Texas at Arlington and was commissioned in 1985. Since then, he has commanded at every level from platoon to regiment, including Battery K, 5th Battalion, 11th Marines in support of Operation Wildfire in the Western United States; and battalion and regimental commands forward deployed in Japan.