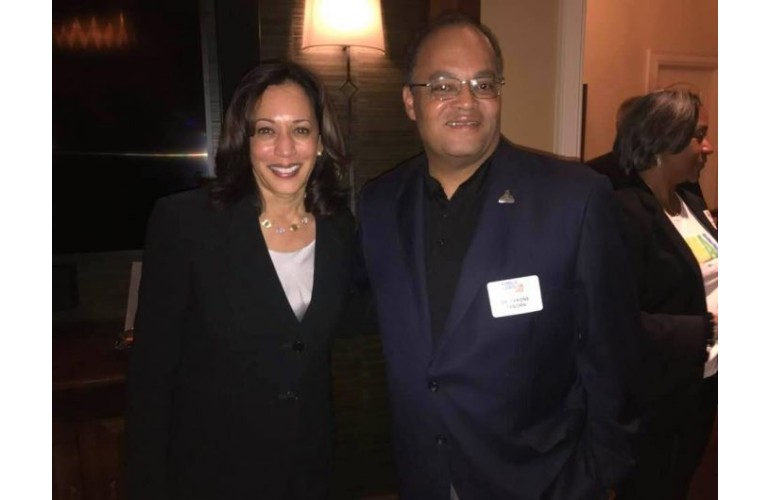 Career Communications Group CEO Tyrone D. Taborn has many photos that capture significant moments in his 40-year leadership of an organization that promotes career opportunities in science, technology, engineering, and math (STEM).  The photo with U.S. Senator Kamala D. Harris from California, taken in Baltimore, Maryland at a recent event, has to be one of the most historic.

On August 11, Harris was chosen by former vice president Joe Biden to be his running mate. Biden is the presumptive Democratic presidential nominee for the 2020 election.

In 2019, Senator Harris (D-CA)  introduced the 21st Century STEM for Girls and Underrepresented Minorities Act, legislation to provide funding for school districts across the country to support science, technology, engineering, and math (STEM) education for girls, students of color, LGBTQ students, and students with disabilities.

“When we have more women, people of color, LGBTQ folks, and people with disabilities in STEM jobs, we get better results,” said Harris in  a statement. “Preparing our nation’s students for the jobs of the 21st century starts in the classroom, and we must ensure that the benefits of that education are shared equally with those who are currently underrepresented in STEM professions.”