Cartoonist Bruce Smith on the art and technology of animation 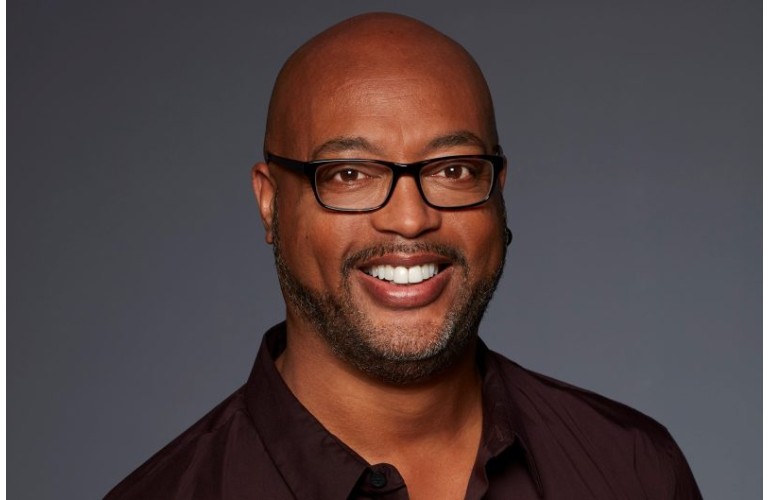 The editors at US Black Engineer magazine have been big fans of The Proud Family since the series created by Bruce W. Smith first ran in 2001, So, we couldn’t be happier when The Proud Family: Louder and Prouder made its premiere on Disney+ on February 23. While every scene was television heaven, we also dug into our USBE archives to find tips and advice that Smith shared about becoming a cartoonist and having a successful career in animation.  Read excerpts from the interview below.

Bruce W. Smith has been drawing since he was five years old. At age 20, with his passion for art still intact, he graduated from the California Institute of the Arts, where he majored in character animation and began his professional career. Smith’s credits, after more than a decade of work as an animator and director, include The Emperor’s New Groove, Tarzan, Space Jam, Bebe’s Kids, Who Framed Roger Rabbit? and Michael and Mickey.

Bruce is the creator of the popular animated series The Proud Family, produced by Jambalaya, an animation company he heads that focuses on racially and ethnically diverse television and media projects. US Black Engineer Online spoke to him about cartoons, animation, and the technology behind them. (“Cartoonist Bruce Smith on the art and technology of animation” was first published in the mid-2000s.)

USBE: You said once that you’d lock yourself in your room with a light board and felt tip markers when you were a child, and you’d be there all day. Why did you like drawing cartoons?

Bruce Smith: I guess because that was a sort of escapism, and I found I could do pretty good early on. And I think I enjoyed it. I enjoyed watching cartoons and allowing my imagination to go. Press the button.

USBE: You began studying animation as early as grade school. Did you start out to become an animator?

Bruce Smith: No, I think it was just in the cards. I guess I fell upon animation because I was so into drawing cartoons. When I went to art school as a kid, they would put me in fine art classes where I drew various plants and bowls of fruit. That was all fine, but I realized I would start drawing faces on bowls of fruit and drawing legs on plants. I just gravitated towards animation.

USBE: You’ve described animators as actors with pencils. Why?

Bruce Smith: I believe that’s exactly what they are. Most animators that I know probably don’t have the most interesting personalities. But they find a way to express themselves. The way any actor would, via their pencil. Some of the guys I know are amazing at the subtleties in acting that they can get with a few pencils lines. The expressiveness, the attitude, the energy. Be it the very broad comic theme or the most subtle of themes.

USBE: Where do you get the inspiration to create such unforgettable characters as those in The Proud Family?

Bruce Smith: For me, it’s a lot of drawing back on people I knew growing up. I grew up around colorful people: relatives, friends of mine. And I tried to combine lots of those elements, the personalities of those people, into the drawings; tried to weave those attitudes and characters in the drawings themselves. So, it’s not necessarily just talking heads; instead of reading/seeing an attitude in someone, you immediately recognize the attitude. People identify with the characters because of the way they look and what they’re saying, which tells me that crafting the best balance of characters is possible.

USBE: How has technology advanced the art? What tools are must-haves?

Bruce Smith: I would say everything. For me and most artists, it still involves pencil to paper. But from there, just from a technical standpoint, if we’re doing traditional 2-D animation, a lot of it, with the computer, allows us to composite much faster; takes things to color, and has much more effect color-wise. We can soften a lot of characters, add tones and shows, and give two-dimensional characters a third dimension much easier with the use of the computer and various software tools that allow us to explore the 3-D medium. Now, from the 3-D standpoint, obviously, Toy Story and Buzz Light and all these great vehicles that come out of Pixar, a lot that is enhanced by knowledge of the 2-D animator, because that person is an artist first, and he knows exactly how to bring the subtleties of what makes a 3-D character believable from a 2-D point of view.

USBE: What would you say to a kid who loves drawing cartoons?

Bruce Smith: I would encourage that kid. I certainly believe that 3-D animation is the way for the future. It’s here, it’s now, and that knowledge is how all films are being made now. There’s a real blurry line between what’s live-action and what’s animation. So, these tools are necessary to learn; but I wouldn’t abandon the craft itself, the tangible medium of a pencil to paper. I suggest that those young artists coming up know both equally well because one supports the other.

USBE: What’s next, after The Proud Family?

Bruce Smith: We’ve got a project that we’re going to be doing with Warner Brother, an urban sci-fi television series, animated, which will be real fun, called MC440. It’s about a group of kids from an orphanage that ends up fighting battles in space. It’s very future but has the writing edge of The Proud Family, the humor of The Proud Family in space.

USBE: Do you have favorites among your works?

Bruce Smith: I’m an animator at heart, meaning I love drawing performances when it gets down to it. During The Proud Family, I shorthand a performance on a storyboard. But I have to say it’s a tossup between The Proud Family and animating Kerchak in Tarzan. Two different approaches to the medium, but equally satisfying.

USBE: So, are we in for a more racially and ethnically diverse television and media?

Bruce Smith: Absolutely. That’s basically what our niche is. The whole mission of Jambalaya is taking this animation genre and giving it back to you the way you see society today: a big melting pot. And you can look at the pop charts, what’s telling on DVD, and art cultures that have taken a big swing in terms of being inclusive; what’s considered crossover appeal. Everything that a film like Barbershop is about. We all watch these shows, and our medium has yet to capitalize on that. I’m out to animate African Americans and explore the Asian and Hispanic cultures.