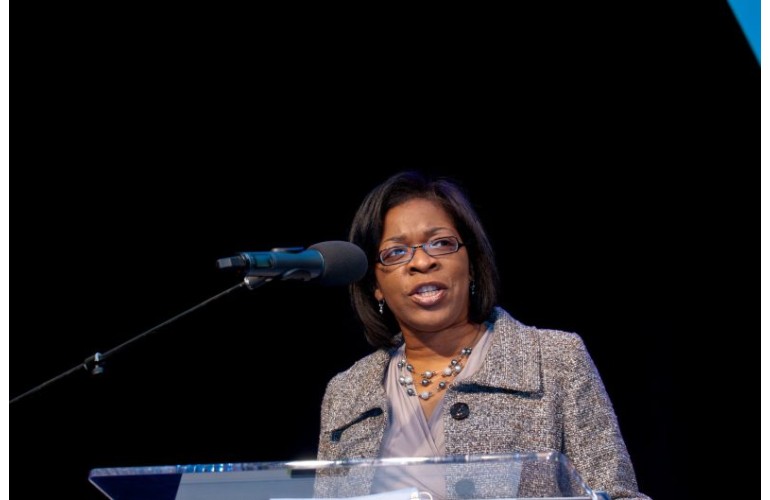 Angela Barbee, a respected figure in the Career Communications Group (CCG ) alumni circuit, who has served as a corporate sponsor-keynote address speaker, and gala award presenter at CCG conferences, has been selected by Purdue University’s College of Engineering to receive a 2021 Distinguished Engineering Alumnae Award.

A global engineering leader and champion for diversity and inclusion in science, technology, engineering, and math (STEM), Ms. Barbee will receive the highest honor bestowed by the college on its engineering alumni and alumnae (men and women), in recognition of outstanding contributions within their fields.

According to the citation, the Distinguished Engineering Alumni/Alumnae Awards celebration will take place Thursday, February 18, 2021.

During her trailblazing career, Ms. Barbee has earned many honors and awards, including the Purdue University Outstanding Mechanical Engineer Award, Wayne State University Industry Achievement Award, and the Black Engineer of the Year Award for Corporate Promotion of Education.

Since earning a master’s degree in mechanical engineering from Purdue University as a General Motors (GM) Fellowship recipient, she has distinguished herself in ways that have reflected favorably on Purdue University, the engineering profession, and society in general.

In 2001, she was selected by senior leadership for an adjunct professorship special assignment at Purdue University. Barbee taught undergraduate design engineering courses and managed  graduate student research projects. She also facilitated a $116 million contribution to the Partners for the Advancement of Collaborative Engineering Education (PACE), which links GM, Autodesk, HP, Oracle, Siemens PLM Software, and their global operations.

Over the next ten years, Barbee held increasingly progressive roles. She served as a GM engineering group manager, leading the global computer-aided engineering forum for the United States, Canada, Mexico, Australia, China, Brazil, and Germany. By 2006, she had oversight for a $300 million budget as executive chief of staff for the vehicle integration and performance division.

Other positions she held include serving as technical liaison to a White House Automotive Task Force. Before retiring from GM in 2017, she led development for the historical global design center and was the global lead for North America, China, Korea, Australia, Brazil, and Germany.

At Kohler since 2018, she has served as vice president and head of engineering for product engineering, including innovation and advanced technology, digital assets, product reliability, codes and standards, program management, and product execution for the Global Faucets business unit, leading 250+ associates in US, Mexico, France, UK, China, and India. Currently, she is vice president for advanced development in the Global Kitchen & Bath Group, where she leads organizational development, growth strategy, and the technology roadmap for advanced development for Kohler’s Kitchen and Bath business unit.

She has held speaking engagements at the Consumer Electronic Show (CES): Improving Speed to Market, NEWaukee The Shift: A female-focused Series on Fueling Women’s Career, served as Corporate Sponsor/Keynote Address speaker and Award Presenter at the Women of Color in STEM Conference, as well as Luncheon Keynote Speaker/Gala Presenter at the Black Engineer of the Year Award Conference.