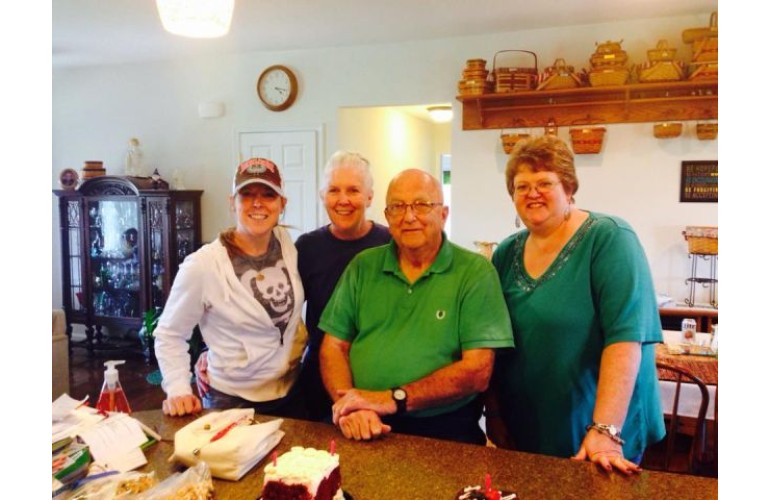 Beverly announced her father’s passing on social media. In his official biography on a funeral home website, the family writes:

“Bill was a 1951 graduate of Hagerstown High School. He was a veteran of the United States Air Force, serving as a flight engineer during the Korean conflict. Upon leaving the Air Force, Bill made his living in the sheet metal/HVAC industry. He got his start and spent most of his career at Horn Mechanical Electrical in Hagerstown, which became GM Engineering. He moved to Kaempf and Harris in Frederick where he retired. After retirement, he stayed busy working part-time at Donald Edwin Thompson Funeral Home.”

According to the announcement, services will be held on Monday, October 14, 2019, at 11 am at St. Paul’s Reformed Church, 14106 National Pike, Clear Spring MD.  Online condolences may be expressed at www.thompsonfhinc.com