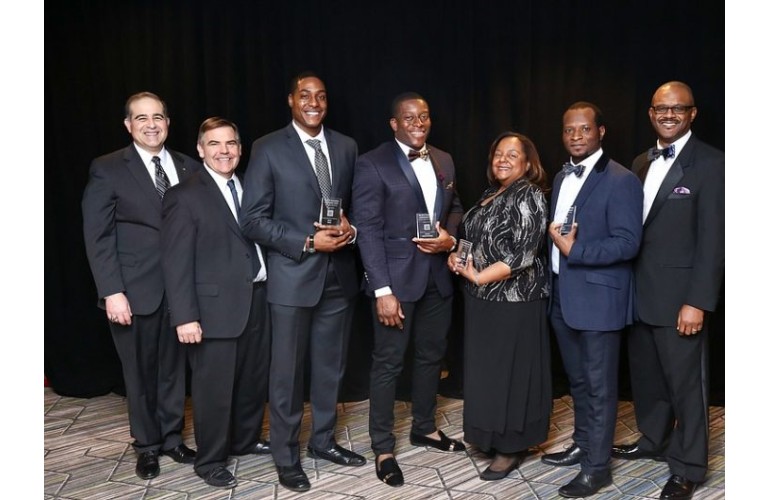 Retired Navy Capt. Kenneth J. Barrett (seen left in the BEYA 2017 photo) is one of five new members appointed to the Defense Advisory Committee on Women in the Services. According to a Department of Defense statement,  the five new members were sworn-in at the committee’s June quarterly business meeting Tuesday, June 11.

The Defense Advisory Committee on Women in the Services provides the secretary of defense with advice and recommendations on matters and policies relating to the recruitment, retention, employment, integration, well-being, and treatment of women in the armed forces.

The committee is comprised of up to 20 members, who include military retirees, veterans, civilian women and men from academia, industry, public service and other professions. Selection is based on military experience or with women-related workforce issues.

“I’m really humbled to accept the nomination as the 32nd Black Engineer of the Year,” said Alicia Boler Davis in 2018. “I appreciate the efforts of Mary and Ken (Barrett) and all the people who nominated me.”

Barrett has also been a mainstay at BEYA’s sister event, the Women of Color in STEM Conference, which is held in Detroit, Michigan in the fall.