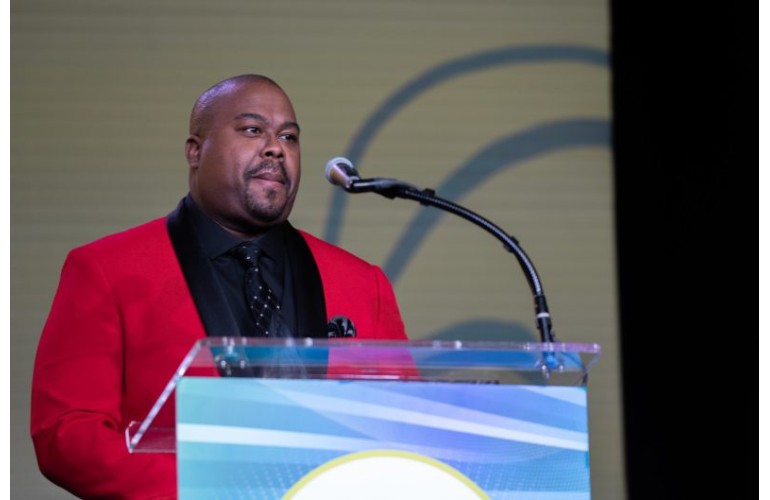 Chris Jenkins, Ph.D. was named the 2022 Black Engineer Research Leadership Award winner by the Black Engineer of the Year Awards (BEYA) in February in recognition of his significant contributions to discovering, developing, and implementing new technologies that change the way people live and work.

A highly-respected leader, Dr. Jenkins is at the forefront of the increasingly important field of cyber-physical and embedded systems focused on cybersecurity. Over the last two years, he has partnered with Purdue University to determine the strength of a patent-awarded moving target defense (MTD) algorithm he created.

His work has explored integrating MTD into real-time communications systems employed in space systems and other national security architectures. His current research represents Sandia’s national commitment to space systems and its strategic investment in the science and technology advancing resilience for space mission campaigns.

Growing up, Dr. Jenkins said he didn’t know any engineers. His social scene in high school revolved around youth groups, church, and family functions, where the conversation was frequently about college. A first-generation college student, he gave credit to his parents, who weren’t college-educated yet inspired him to seek higher education.

“It always seemed like a mystical concept that I was destined to discover,” he said. “Three degrees later, I am truly thankful for the structure my parents set and the multitudes along the way who helped me succeed.”