‘Coastal flooding could be comparable to what we saw in Irma and Matthew,’ says NWS Jacksonville 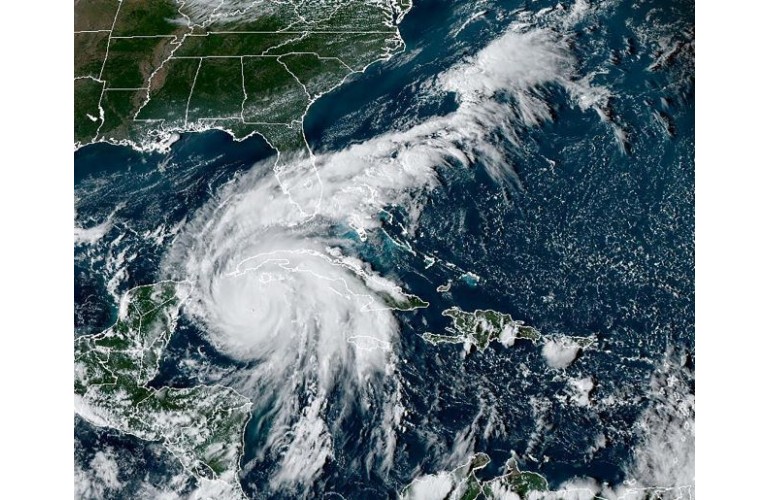 Florida Governor Ron DeSantis announced Wednesday his request to President Biden to grant a Major Disaster Declaration for all 67 counties due to the ongoing devastating impacts of Hurricane Ian.

According to a Tropical Cyclone Update for Hurricane Ian posted on Twitter, a private weather station near Port Charlotte reported a sustained wind of 115 mph with a wind gust of 132 mph as Ian made landfall on mainland Florida.

“With heavy rainfall, trapped tides, and storm surge, the big threat with this storm will be WATER,” tweeted the National Weather Service (NWS) in Jacksonville. “Coastal flooding could be comparable to what we saw in Irma and Matthew.”

NASA’s Kennedy Space Center in Florida declared Hurricane Condition IV at 9 a.m. on Sept. 26, meaning winds of 58 mph are expected within 72 hours. Seven to 10 inches of rain are predicted at Kennedy, and sustained tropical storm force winds are expected to reach the center beginning as early as the evening of Wednesday, Sept. 28.

“The safety of our workforce and protection of our infrastructure is our primary focus right now,” said Center Director Janet Petro in the press release. “This hurricane just happens to be coming at the busiest time of the year for us as we were preparing for the Artemis I and Crew-5 launches. Since late last week, the programs and partners on the center have been monitoring the storm and making preparations, and those activities are continuing.”

“Students are reminded that their smartphones are “computers” and that they should continue to use their cell phones to keep up with their studies in the event they do not have access to a tablet, laptop, desktop, etc.,” the memo read.

Florida A&M University canceled classes at the Tallahassee campus from Tuesday, Sept. 27 through Friday, Sept. 30. Parents and Family Weekend has been rescheduled to November 4-6.

Florida A&M University is closely monitoring the storm. The University has canceled classes at the Tallahassee campus from Tuesday, Sept. 27 through Friday, Sept. 30. Campus operations will close on Thursday and Friday. pic.twitter.com/Cp0i0GCXsN