Computing has not seen such good days in about ten years 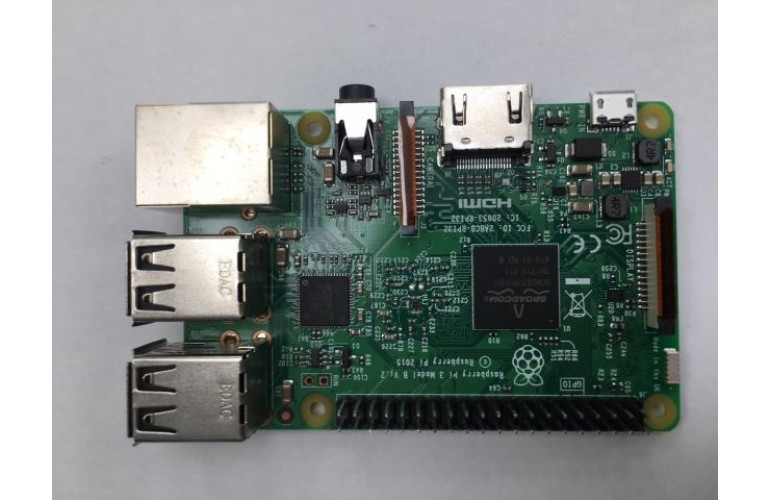 Eben Upton, the founder of Raspberry Pi, has made a habit of doing the impossible and making it affordable.

The first Pi was launched in the Spring of 2012 after Upton and a group of teachers, academics, and computer enthusiasts devised a computer to educate and excite children.

The original Pi offered two versions at US$25 and US$35. The first ten single board computers were auctioned to raise funds on eBay. The history involves several versions of the Raspberry Pi with the newest Raspberry Pi Zero W.

The Raspberry Pi is about discovering great things to do with computers and teaching the complete operation of the computer as well. I introduced the Raspberry Pi 2 Model B+ to my Boy Scout Troop 544 in the winter of 2014-15. It was a big hit and the rest is history.

Today, the featured two boards are the Pi 3 Model B and Pi  Zero W. in April of 2016, a Raspberry Pi Camera v2.1 with 8 Mpixels became available thanks to the Sony IMX219 chip with a resolution of 3280 x 2464. The figure below shows these two models.

The highly recommended Raspbian OS and the Ubuntu Mate are the major desktop distributions. Both processors also support Windows 10 DT. While creating SD card images of the individual operating systems is possible, the addition of an integrated Wi-Fi chipset instantly makes things a little quicker and easier when using the standard Raspberry Pi NOOBS (New Out Of Box Software) OS installer.

There are several other operating systems that are available and including my favorite for streaming video LibreELEC.

There are a large number of free (open) application software packages that include Mathematica, AstroPrint (3D printing), RealVNC (remote access server and the viewer), etc.

The HDMI and full resolution video work great but may require some config.txt file settings out of the box. Streaming using the Raspberry 3 is recommended. The Raspberry camera port worked great once the enabling software was downloaded.

The Raspberry Pi 3 Model B is the most powerful Pi to date. It features a 64-bit quad-core ARMv8 processor, with its four ARM Cortex-A53 cores clocked at 1.3Ghz. This version comes with the integrated 802.11n Wi-Fi, and Bluetooth 4.1 and Bluetooth Low Energy support.

The power management on the Pi 3 is superior to all other models with only a maximum power draw of 2.5A. It has four USB2 ports, a CSI Camera Port, a DSI Display port, a full-sized HDMI port, a 10/100 Ethernet port, a combined 3.5mm audio/composite video out port and a MicroSD card slot. The Pi 3 employs the Broadcom VideoCore IV graphics chipset with 1GB of Ram.

The Pi 3 features a 40 pin General Purpose Input/Output connector while the Pi Zero W has two MicroUSB ports, one mini HDMI port, and Run pins for Rest Switch. The speed of the Zero W is 1Ghz with 512MB onboard RAM. The dimension of the Zero W is 65mm x 30 mm x 5mm.

In the years to come, Google has announced Android support for the Pi 3 with the Android Open source Project (ASOP) repository. Android Marshmallow (codenamed Android M during development) is the sixth major version of the Android operating system on the Raspberry Pi devices scheduled for release sometime in 2018.

The Raspberry Pi has been the catalyst of the imagination of the public. Computing has not seen such good days in about ten years. The internet is full of all types of fun and important applications.

The following is just a list of my favorite 10 applications:

The Raspberry Pi is a fascination tool for learning more about how computers function. This includes the operating system for controlling hardware devices and output input ports for automation.

This platform easily allows for electronic projects, most embedded systems, and learning the basics of programming from the C to the Python language. The Raspberry Pi processors range from the ultra-compact Pi Zero to the Raspberry Pi 3. All the latest models include integrated Bluetooth adaptors. The many ports allow for cameras, home automation, server applications, internet radio platforms and even the ability to build a supercomputer by networking several Raspberry Pi together.

The Raspberry Pi Family is an excellent solution for computer literacy. This family allows for familiarity with the basic hardware and software concepts of personal computers for data entry, word processing, spreadsheets, robotics, and electronic communications. The Pi satisfies a range of skills from elementary use to programming and advanced problem-solving.