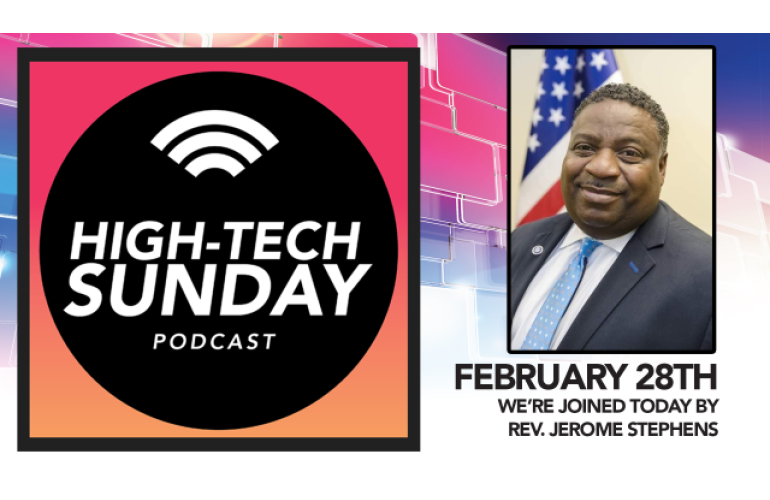 On February 28, please join us for a conversation on High-Tech Sunday with Rev. Jerome Stephens, community outreach director for U. S. Senator Benjamin Cardin, a leader on healthcare, the environment, and fiscal issues.  Rev. Stephen is a civil rights activist and community leader.  He assisted with the book, The Black Mega-Church, by Dr. Tamelyn Tucker-Worgs.

High-Tech Sunday’s weekly program is produced by Career Communications Group for thought leaders, students, and professionals in the science, technology, engineering, and math (STEM) community, to bring a concentrated discussion around technological advancements and achievements based on universal moral principles.

Rev. Stephens is an associate minister at the New Shiloh Baptist Church of Baltimore with Rev. Dr. Harold A. Carter, Jr. He is active with the United Baptist Missionary Convention of Maryland.

Rev. Stephens is a recipient of many awards including the Fulwood Foundation award for community service, a Community Award from the NAACP of Baltimore City, and the Interfaith Leadership Award from Central Maryland Ecumenical Council, Distinguish Clergy Award.

Rev. Stephens has been married for over thirty-five years to Paula, a retired administrator from the State of Maryland and a Morgan State University graduate. Their two daughters are fourth-generation graduates of Historic Black Colleges and Universities (HBCUs), Candice, a graduate of the University of Maryland Eastern Shore, and Brittany, a graduate of Lincoln University, Central State University, and a leadership certificate in education from Harvard University. They have one grandson, Master Ashton Isaiah.

Listen to the podcast here: