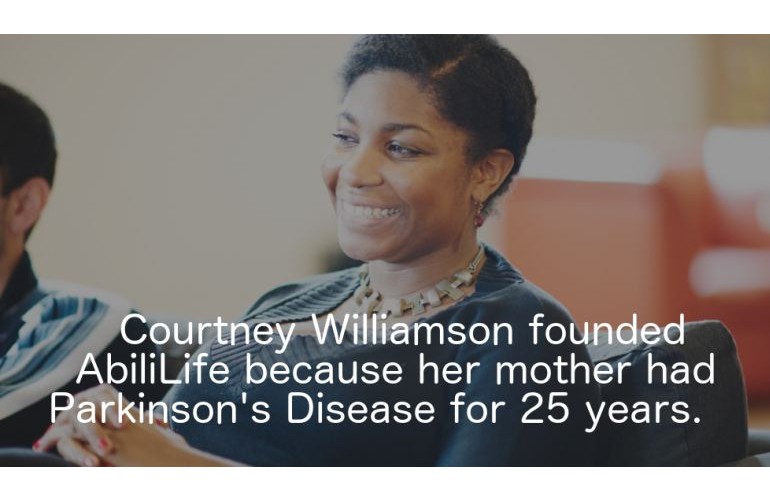 Each year, 50,000-60,000 new cases of Parkinson’s disease are diagnosed in America, adding to the one million people who currently have Parkinson’s.

According to the National Parkinson Foundation, worldwide, it is estimated that four to six million people suffer from the condition. As scientists work towards a cure and make progress in identifying best treatment options for patients, Courtney Williamson has a vision for those living with the disease.

Courtney is 27 and her mother has had Parkinson’s for 25 years.

After earning a bachelor’s degree in psychology from Spelman University in 2009, Courtney came to Carnegie Mellon University in pursuit of a Ph.D. in organizational behavior and therapy, all the while with plans for an assistive brace for Parkinson’s disease patients in her back pocket, writes Deborah M. Todd for the Pittsburgh Post-Gazette.

“This is the longest thing I’ve ever done. So I really had an expertise in terms of what would work and what wouldn’t work,” Williamson told Generational Shift, a Pittsburgh Post-Gazette special series examining the demographic forces changing the workplace.

Williamson used her experience of living with the disease to design the Calibrace, which assists people with Parkinson’s disease.

Parkinson’s disease is a disorder of the brain that leads to shaking (tremors) and difficulty with walking, movement, and coordination.

“[Building the business] was definitely very exciting, something new I had never done before. On the other hand, it was something I had done all my life, which was thinking about how to be a caregiver for a Parkinson’s patient,” Williamson said.