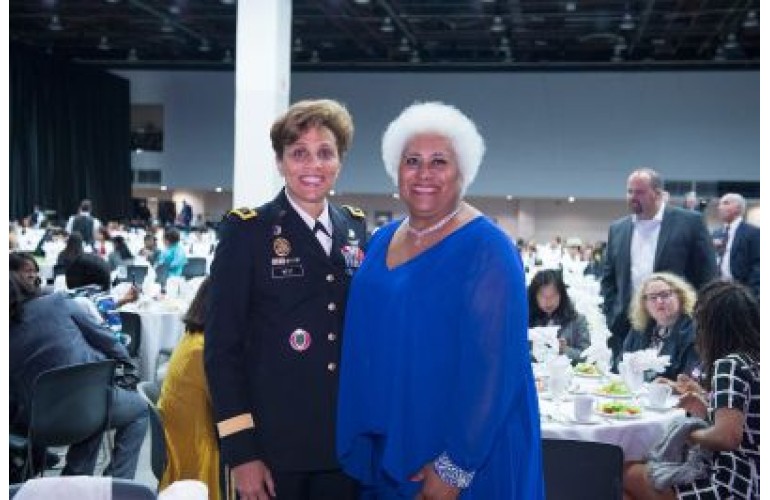 Seven years after Army General Ann Dunwoody, became the first woman in U.S. history ever to attain the rank of four-star general, Maj. Gen. Nadja West picked up a third star to become the Army’s first Black female to hold the rank of lieutenant general.

With appointment as the 44th Surgeon General, West picked up a third star to become the Army’s first Black female to hold the rank of lieutenant general.

The Army Surgeon General provides advice and assistance to the Secretary of the Army and Army Chief of Staff on all health care matters pertaining to the U.S. Army and its military health care system.

West will be responsible for development, policy direction, organization and overall management of an integrated Army-wide health service system and is the medical materiel developer for the Army. These duties include formulating policy regulations on health service support, health hazard assessment and the establishment of health standards.

She most recently served as the Joint Staff Surgeon at the Pentagon. West’s appointment as Army Surgeon General is effective immediately.

Lt. Gen. West graduated from the U.S. Military Academy with a bachelor of science in engineering and attended the George Washington University School of Medicine, where she earned a Doctorate of Medicine.

Later, she was assigned chief of dermatology service at Heidelberg Army Hospital in Germany, and served as the division surgeon of 1st Armored Division in Bad Kreuznach, Germany, deploying to Macedonia and Kosovo as the deputy task force surgeon.

West hails from the District of Columbia, and she finished high school at the Academy of the Holy Names in Silver Spring, Md.