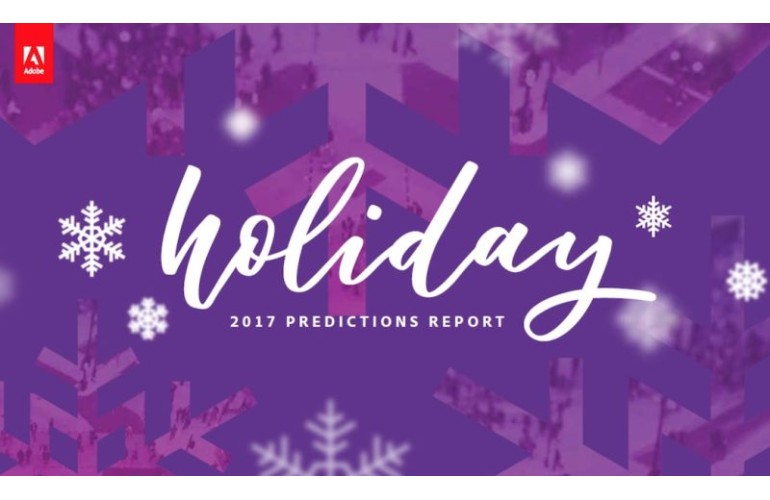 The holiday shopping season so far (November 1 to 27) drove a total of $50 billion in online revenue, a 16.8 percent increase.

Adobe predicts this will be the first-ever holiday season to break $100 billion in online sales. In its 2017 online shopping data for Cyber Monday and the holiday weekend, Cyber Monday was projected to hit a new record as the largest online sales day in history at $6.59 billion. This marks a 16.8 percent year-over-year increase. In comparison, Black Friday and Thanksgiving Day brought in $5.03 billion and $2.87 billion in revenue respectively.

Overall web traffic to retail sites increased by 11.9 percent on Cyber Monday, with the season average at 5.7 percent.

Mobile transactions are closing at a 12 percent higher rate compared to Cyber Monday 2016. For purchases made on smartphones, Apple iOS led with an average order value (AOV) of $123, in comparison to Google Android at $110.

“Shopping and buying on smartphones is becoming the new norm and can be attributed to continued optimizations in the retail experience on mobile devices and platforms,” said Mickey Mericle, vice president, Marketing, and Customer Insights at Adobe.

“Consumers are also becoming more savvy and efficient online shoppers. People increasingly know where to find the best deals and what they want to purchase, which results in less price matching behavior typically done on desktops. Millennials were likely another reason for the dramatic growth in mobile, with 75 percent expecting to shop via their smartphone.”

Largest price drops heading into Cyber Monday were for toys with an average discount of 18.8 percent, followed by TVs at 21.1 percent and computers at 14.7 percent.

Black Friday saw the largest discounts for computers (15.9 percent on average), followed by TVs (21.6 percent) and toys (17.3 percent). On Giving Tuesday, pet products, as well as furniture and bedding, are expected to see the best deals with 22 and 13 percent respectively.

For the rest of the season, 13 days are projected to exceed $2 billion in online sales bringing the total to 18 $2 billion days this holiday season, over double the number from last year.

Adobe’s retail report, the most comprehensive set of insights and predictions of its kind in the industry, is based on an analysis of one trillion visits to over 4,500 retail sites and 55 million SKUs. $7.50 of every $10 spent by consumers online with the top 500 U.S. retailers go through Adobe Experience Cloud.