Did COVID Snatch Your Dream Job? 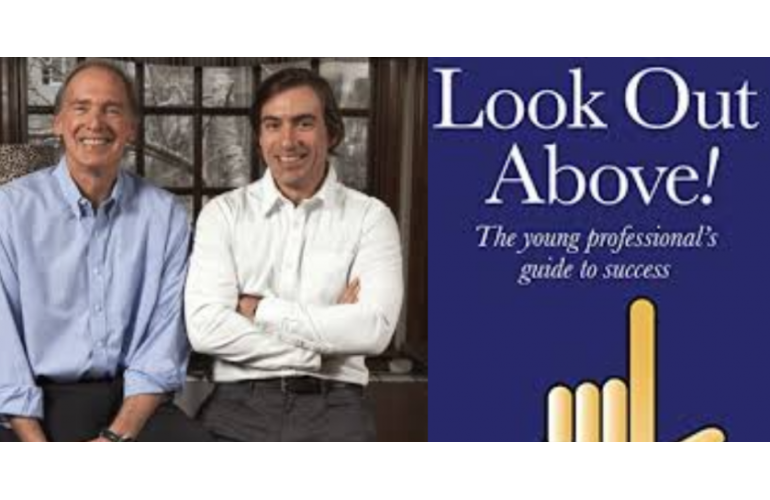 The pandemic that created a worldwide health crisis also has played havoc with people’s careers. When businesses scaled back or shut down altogether, many ambitious employees who for years had carefully crafted their careers suddenly found they needed to update and circulate their resumes, and start anew.

“Many people have had to change their professional expectations as they try to adapt to the current circumstances,” says Bob Slater, co-author with his son, Nick Slater, of Look Out Above! The Young Professional’s Guide to Success (www.bobandnickslater.com).

“Now that they have had to start over, perhaps in a field they hadn’t really planned, they need to remember some of the strategies and personal attributes that helped them to get a leg up in their previous employment.”

The Slaters say that much of the advice they give to young people just starting out also applies to those who need to start over because of an unkind economy. Some of their tips include:

Take extra steps to prepare for a virtual job interview. In many cases, job interviews have gone virtual. The Slaters say it’s important to treat such interviews with the professionalism and preparation you would an in-person interview.

That said, additional logistics are needed, Bob Slater says. “Make sure your background is clean and uncluttered, and do not use a virtual background,” he says. Also, put your lighting in front of your camera, and not behind you, so your face is bright. Wear solids, other than black or white, and clothes that contrast with your backdrop. As much as possible, minimize background noise such as family members, pets, sounds from outside, and other noise.

Speak to your body of work. Explain to the interviewer how you added value at each stop along the way of your career, and when possible, put a dollar amount on your contributions, Nick Slater says. “But don’t exaggerate your performance,” he says. “Making unrealistic claims is a quick way to destroy trust and cast doubt on your character.”

Emphasize your skills. Think about the skills you’ve developed over your career and talk about those. “If you’re trying to move from one industry to another where the applicability of your skills isn’t as obvious, speak to them as your ‘transferable skills,’ ” Bob Slater says. “Speak to how these skills will ensure your effectiveness in a new role.”

But avoid such descriptions as “talented,” “driven to succeed,” “goal-oriented,” and “motivated.” “Those are not skills, they are unsupported claims,” he says. Examples of skills could include “analyzing data,” “leading teams,” “public speaking,” and “serving customers.” Come up with a list of seven to 10 skills and be ready to expand on your experience with each.

Share outside interests. Some people argue that hobbies and other personal interests are irrelevant to the job hunt, but the Slaters disagree. “Outside interests reveal much about people, including their zest for life, sociability, and likability,” Nick Slater says.

“Someone with interests and accomplishments outside of work — past and present — is more likely to be a lasting asset of the organization and successful contributing member of the team.” Involvement in scouting, a school athletic teams, or a fraternity or sorority says something about people skills, as does current involvement in civic affairs or church work, he says.

Finally, the Slaters say, a little humor can help differentiate you from others.

“If it comes naturally to you, use humor to show a touch of self-confidence and a sense of your style,” Bob Slater says. “Something subtle for you to laugh about with your interviewer, and that makes your résumé memorable.”

Bob Slater and Nick Slater (www.bobandnickslater.com) are the co-authors of Look Out Above! The Young Professional’s Guide to Success. Bob Slater is a former trial lawyer and helped build two national real estate companies. He has taught undergraduate and MBA students for 15 years at the University of North Carolina’s Kenan-Flagler School of Business and Duke University’s Fuqua School of Business. Nick Slater, an attorney, entrepreneur, and writer, is a graduatef the University of Georgia and holds a law degree from the University of North Carolina at Chapel Hill. Nick currently lives in London with his wife and their English bulldogs.