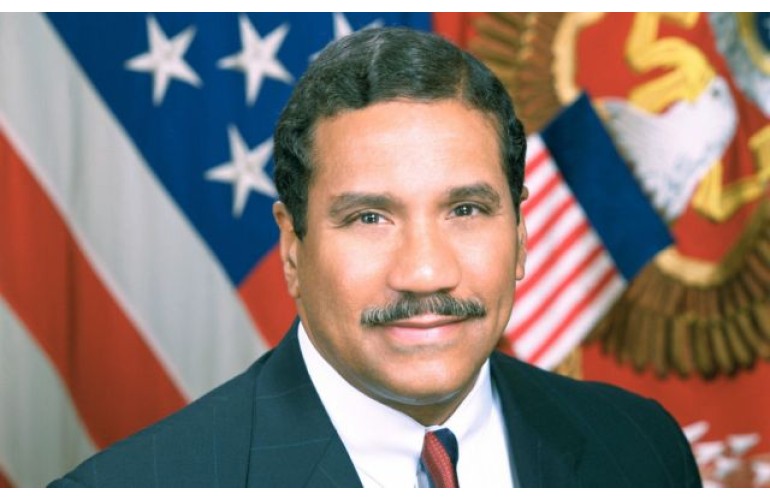 West, who served as president and CEO of the Joint Center for Political and Economic Studies from 2004 to 2006, passed away on Thursday, March 8, at the age of 75, the Joint Center President Overton said in a statement.

West earned hs bachelor’s degree in electircal engineering from Howard University in 1965 and a law degree from Howard in 1968.

“He brought an extensive career of achievement and credibility to the Joint Center. Throughout his life, he was committed to serving his nation and community. The entire team at the Joint Center mourns the loss of an exceptional lawyer, public servant, husband, and father. His family remains in our thoughts and prayers,” Overton said.

While Mr. West led the Joint Center, the organization published reports on employment and training, the Black vote, and Medicaid. It also engaged in significant work on Social Security, infant mortality, young men of color (the “Dellums Commission”), and place-based social determinants of health (“Place Matters”).

“One stretches to find any occasion when he failed to answer the call,” said former Joint Center president and CEO Ralph B. Everett. “He reliably did the heavy lifting for his country, for his city, for his community, and for his people. And he did so always marshaling his inestimable gifts and well-honed skills borne of his intelligence, sound judgment, and compassion. Secretary Togo West set a shimmering standard of excellence and sacrifice for the greater civic good.”

Mr. West was born on June 21, 1942 and grew up in Winston-Salem, North Carolina. He served as an Army lawyer in the Judge Advocate General’s (JAG) Corps. He was later appointed to numerous positions in the administrations of Presidents Ford, Carter, and Clinton. In 1998, Mr. West joined the cabinet of President Clinton as U.S. Secretary of Veteran Affairs.

He is survived by his wife Gail Berry West, and his two daughters, Tiffany and Hilary.