Do you remember when the Parker Solar Probe took off? 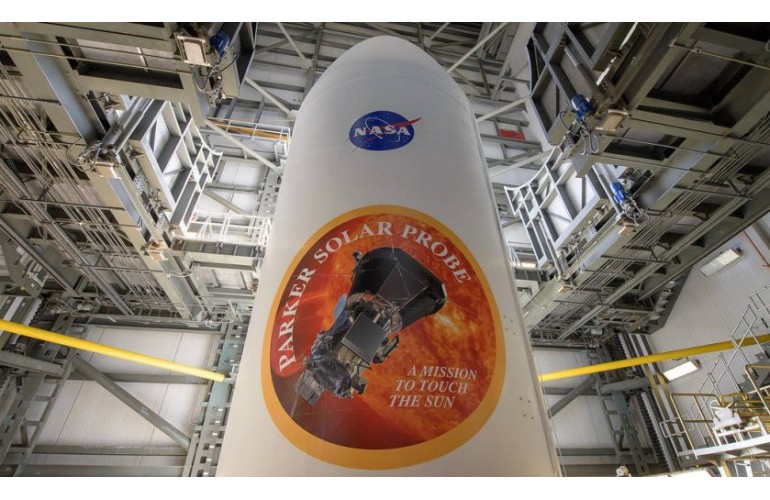 How time flies. It’s been a year since the Parker Solar Probe launched to collect data from close passes of the Sun. Parker Solar Probe will travel through the corona, where temperatures can spike upwards of a million degrees Fahrenheit.

To ensure the spacecraft doesn’t melt, Parker was designed with a heat shield that helps protect it from the Sun’s intense light emission but does allow the coronal material to “touch” the spacecraft.

According to NASA, gathering information about processes near the Sun can help improve human understanding of how space weather can affect astronauts, interfere with the orbits of satellites, and how the Sun changes our space environment.

Throughout its seven-year mission, NASA’s Parker Solar Probe will swoop through the Sun’s atmosphere 24 times, getting closer than any spacecraft has gone before.  The spacecraft also holds more than 1.1 million names submitted by the public.

Back in March 2018, Americans were invited to send names to the Sun aboard humanity’s first mission to “touch” a star. A memory card holding the names was installed on the spacecraft on May 18, 2018. The card was mounted on a plaque bearing a dedication to and a quote from the mission’s namesake, Eugene Parker, who first theorized the existence of the solar wind.

This memory card also carries photos of Parker, professor emeritus at the University of Chicago, and a copy of his groundbreaking 1958 scientific paper. Parker proposed a number of concepts about how stars — including our Sun — give off material. Though our understanding of the Sun and the solar wind has vastly improved since Parker first theorized the solar wind, there are still questions left unanswered.