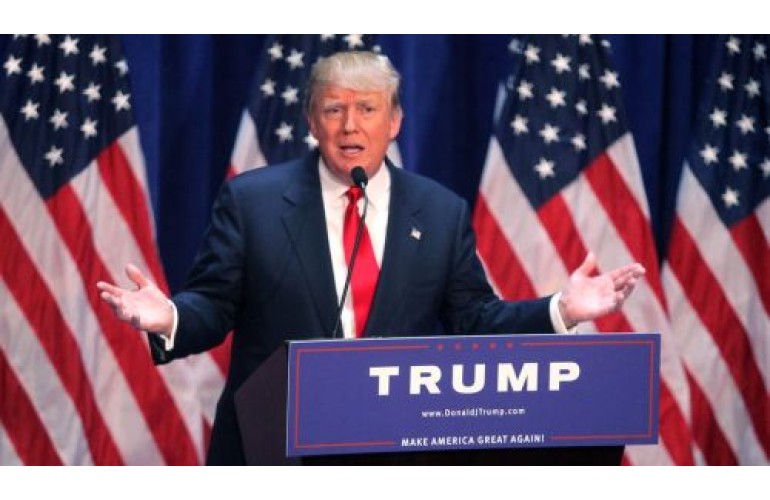 African Americans and Hispanics make up only 5 percent of the workforce in Silicon Valley technology companies, compared to 14 percent nationally, according to 2014 data. But billionaire Donald Trump has a plan to improve the numbers of Black, Hispanic and female workers.

In a statement paper released this week, with jobs and immigration policy proposals, Trump writes:

“We graduate two times more Americans with STEM (science, technology, engineering, and mathematics) degrees each year than find STEM jobs, yet as much as two-thirds of entry-level hiring for IT jobs is accomplished through the H-1B program,” he said.

The U.S. Department of Labor website describes the H-1B program as applying to employers seeking to hire nonimmigrant aliens as workers in specialty occupations.

“A specialty occupation is one that requires the application of a body of highly specialized knowledge and the attainment of at least a bachelor’s degree or its equivalent,” the site explains.

“The intent of the H-1B provisions is to help employers who cannot otherwise obtain needed business skills and abilities from the U.S. workforce by authorizing the temporary employment of qualified individuals who are not otherwise authorized to work in the United States,” the labor department says.

“Employers must attest to the Department of Labor that they will pay wages to the H-1B nonimmigrant workers that are at least equal to the actual wage paid by the employer to other workers with similar experience and qualifications for the job in question, or the prevailing wage for the occupation in the area of intended employment – whichever is greater.”

But Trump took issue with the current policy in his jobs plan:

“More than half of H-1B visas are issued for the program’s lowest allowable wage level, and more than eighty percent for its bottom two,” the leading Republican presidential frontrunner writes.

“Raising the prevailing wage paid to H-1Bs will force companies to give these coveted entry-level jobs to the existing domestic pool of unemployed native and immigrant workers in the U.S., instead of flying in cheaper workers from overseas,” Trump states.

“This will improve the number of black, Hispanic and female workers in Silicon Valley who have been passed over in favor of the H-1B program,” he said.

Trump wants to make it a requirement to hire American workers first.

“Too many visas, like the H-1B, have no such requirement,” he said.

“In the year 2015, with 92 million Americans outside the workforce and incomes collapsing, we need companies to hire from the domestic pool of unemployed,” Trump said.

If Trump is elected president of the United States in 2016, a J-1 visa jobs program for foreign youth will be terminated and replaced with a resume bank for inner city youth provided to all corporate subscribers to the J-1 visa program.

“Before any new green cards are issued to foreign workers abroad, there will be a pause where employers will have to hire from the domestic pool of unemployed immigrant and native workers. This will help reverse women’s plummeting workplace participation rate, grow wages, and allow record immigration levels to subside to more moderate historical averages, “Trump said.

According to American Bazaar’s Dileep Thekkethil, new data reveals that 86 percent of the total H1B visas issued in 2014 for technology firms was used to hire IT professionals from India.

“The data accessed by Computerworld through Right of Information Act, reveals that a lion share of visas issued for computer jobs are claimed by Indians,” Thekkethil wrote.

“On the other hand, China, which accounts for the third largest immigrant group in the US, behind Mexico and India, has used only 5% of H-1B visas for computer professionals.

“According to the report published by Computerworld, Infosys – the Indian IT service provider, has 508 H-1B based employees working in the Cupertino office of Apple. Out of this, 499 or 98% of workforce are of Asian origin and the rest either white or black.The report also says that similar circumstance exist in the office of Aetna in Hartford, Conn., the second largest company to employee workers hired by Infosys,” he said.