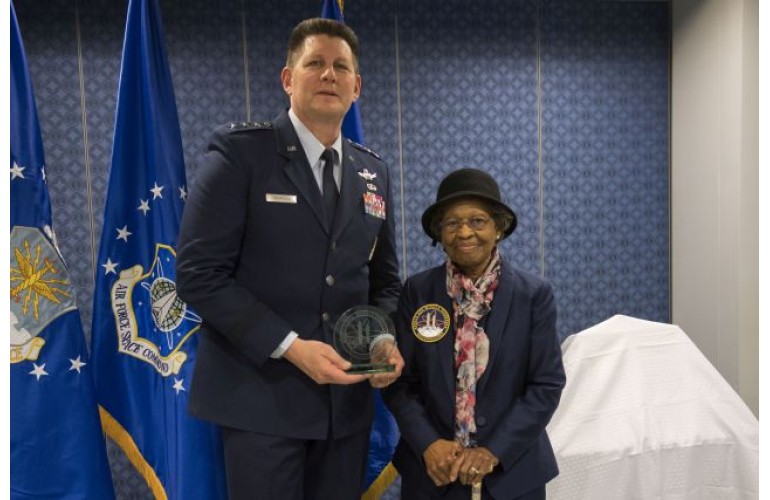 Hired in 1956 as a mathematician at the U.S. Naval Weapons Laboratory, West participated in an astronomical study that proved, during the early 1960s, the regularity of Pluto’s motion relative to Neptune.

From the mid-1970s through the 1980s, she programmed an IBM 7030 “Stretch” computer to deliver calculations for a geodetic Earth model. The algorithms West used accounted for the variations in gravitational and tidal forces that distort Earth’s shape. The geoid optimized what ultimately became the Global Positioning System (GPS).

West and other “hidden figures”  were innovators in the early Air Force space program. They did computing for the U.S. military in the era before electronic systems and helped transform technology into operational systems.

West was unable to attend the formal induction ceremony that took place on August 28, where three others joined the elite list of professionals who have greatly impacted the Air Force space program.

Dear Dr. West, it’s so heartening to see the powers that be finally give you the recognition you so highly deserve – you obviously earned it the hard way, persisting in spite of our still too-racist society, thanks to folks like Herr Delerium Tremens and other holdovers from the Dark Ages in many parts of the US. Thank you for your service and perseverance, and have a wonderful Christmas.
Sincerely, Ken Nelson