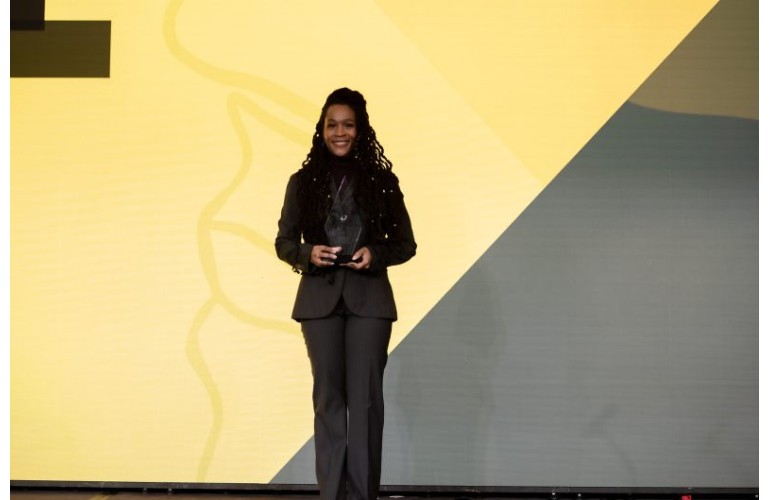 A prized Ph.D. recruit in 2011, Karla Vanessa Morris Wright is now a principal member of technical staff at Sanda National Laboratories. She has chalked up remarkable achievements since she joined the research and development organization.  For example, she helped develop Morpheus,  a project funded by the Office of Naval Research, and now used in military communications networks by America and her allies.

Karla’s excellent work includes research collaborations with the academic community in Computational Fluid Dynamics, which resulted in her becoming a senior member of the technical staff at Sandia. Karla has led the development of several open-source software projects. Her team ensures high-consequence digital systems meet safety, security, and reliability requirements.

“I was born and raised in Costa Rica and moved to New York after my first year of college,” Karla said in her acceptance speech at the HBCU Engineering Deans recognition event held during the annual BEYA STEM Conference. “As a non-resident immigrant from a Spanish-speaking country, I had to learn English before I could restart my college education. I worked, cleaning office buildings and schools, as a caregiver in a senior care facility, and as a dance instructor. One year after arriving in the U.S., I passed my TOEFL exam and started studying at the City College of New York, where I earned all five of my degrees,” she said.

“In 2011, I was hired as a permanent staff member at Sandia National Laboratories,” Karla continued. “I was fortunate enough to work with a team of smart, talented, and resolute researchers. I thank everybody who has helped get me to this point.”

“Karla is most assuredly one of the ‘Most Promising Scientists’ at Sandia,” said Andrew McIlroy of integrated security solutions at Sandia. “I am thrilled to have been part of Karla’s initial hiring and even more thrilled that she continues to be among the most prolific and impactful early-career scientists at Sandia.”