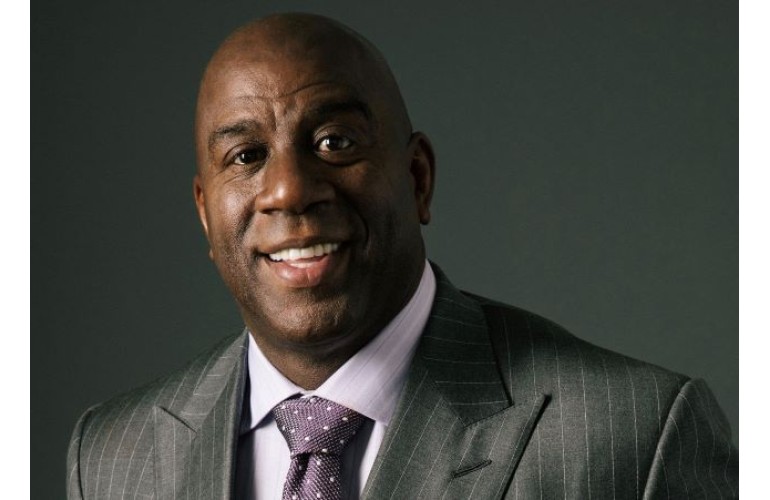 North Carolina Agricultural and Technical State University has announced that the campus will welcome business mogul and NBA legend Earvin “Magic” Johnson to the Chancellor’s Speaker Series, “Building Black Businesses,” Tuesday, March 29, at 6 p.m. Johnson will deliver a tailored keynote address to an audience of students and community members in Harrison Auditorium, located on the university’s campus.

This event comes on the heels of the “Building Black Wealth” speaker series, which featured financial expert, Mellody Hobson. Both conversations bolster the university’s continued goal of cultivating an intellectual climate and offering a platform for the creative exchange of ideas. “Building Black Businesses” is an opportunity for participants to gain foundational principles and glean from Johnson’s lived experiences as a leading businessman.

The speaker series event is open to the public. Free tickets will be available beginning March 15 at the University Ticket Office located in Brown Hall.

Having left the basketball court for the boardroom, Johnson has successfully parlayed his skills and tenacity from the court into the business world as chairman and CEO of Magic Johnson Enterprises (MJE). MJE provides high-quality products and services that focus primarily on ethnically diverse and underserved urban communities.

Still a commanding presence in popular culture, Johnson made history in 2012 when he became co-owner of MLB’s Los Angeles Dodgers. He also co-owns the Los Angeles Sparks of the WNBA, Major League Soccer’s Los Angeles Football Club, and eSports franchise Team Liquid. He continues to expand his influence through his many businesses that including EquiTrust Life Insurance Co. and SodexoMAGIC, food service and facilities management company.

The Lansing, Michigan, native is constantly evolving and remaining relevant in a dynamic digital age by broadening his scope into infrastructure improvement in the United States and technology. He is one of the leading investors in several minority-owned technology companies that include Uncharted Power, a power and data infrastructure technology company; Jopwell, a diversity and hiring recruiting platform; and ShotTracker, a company that makes wearable technology for basketball players that helps track player and ball movement.

In 2021, Johnson was appointed to the board of directors for Fanatics, a sports licensing company, and Cameo, a company that lets celebrities sell personalized messages to fans. With his unique positioning as a businessman spanning multiple industries and generations, he aims to help companies expand and foster a positive impact domestically and globally.

North Carolina Agricultural and Technical State University is known for its leadership in producing graduates in engineering, agriculture, and other STEM fields. The university was founded in 1891 and is located in Greensboro, North Carolina.