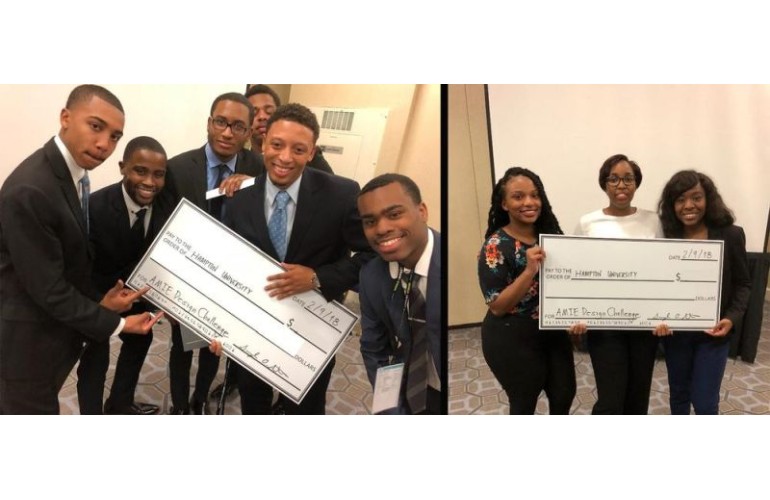 “Congratulations to these eight stellar engineers,” said Hampton University President William R. Harvey in a statement. “They represent just a small piece of the cutting-edge creativity that’s a hallmark of innovation happening every day at Hampton University.”

“The corporate judges were blown away by the Hampton University design team,” said Dr. Joyce Shirazi, dean of the School of Engineering and Technology.

“Our engineering students won because they were able to demonstrate the ability to take a complex problem, and present a prototype that was better than their competitors,” Dean Shirazi said.

Hampton University alum Dr. Nellone Reid was the team’s faculty advisor and Mr. Brandon Diggs from Corning Inc. was the corporate mentor. Teams were judged based on design, prototype, and presentation.