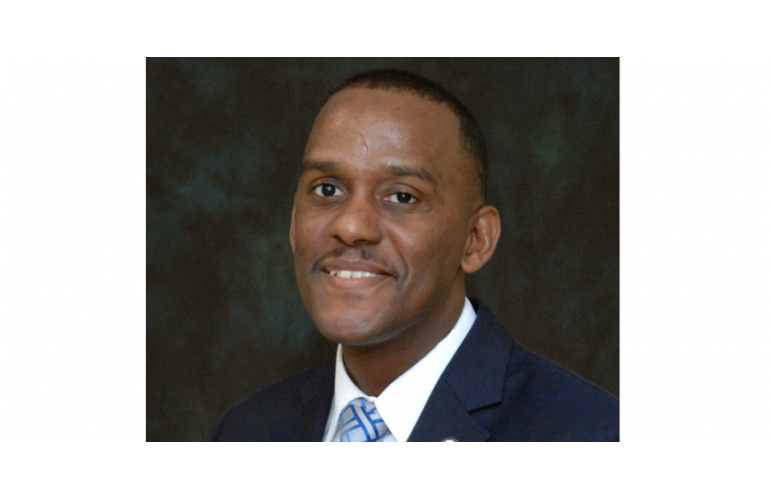 The President’s Award honors Northrop Grumman employees whose contributions represent the very best and receive recognition for helping a brilliant idea to become a reality.

Brown’s project, which was featured in the 2019 Sustainability Report, enhances water quality, and sustainability. The design team he led synergized the integration of cooling towers serving a large manufacturing building, contributing to the 2020 corporate environmental sustainability goals to reduce water consumption.

Prior to Northrop Grumman, Brown was an associate environmental manager for two years at Dow Chemical. He also served for nine years in public service as an environmental engineer from entry-level to senior-level at the Southern Nevada Health District in Las Vegas.

Brown has been a strong technical contributor since he joined Northrop Grumman in 2016 as a senior environmental engineer and an environmental remediation project manager.

He began his engineering career at Miami Dade College, earning an associate degree in biology in 2002. At the University of South Florida, he graduated with a bachelor’s degree in chemical engineering in 2005. Later in his career, Brown earned a master’s degree in environmental engineering and science from Johns Hopkins University.