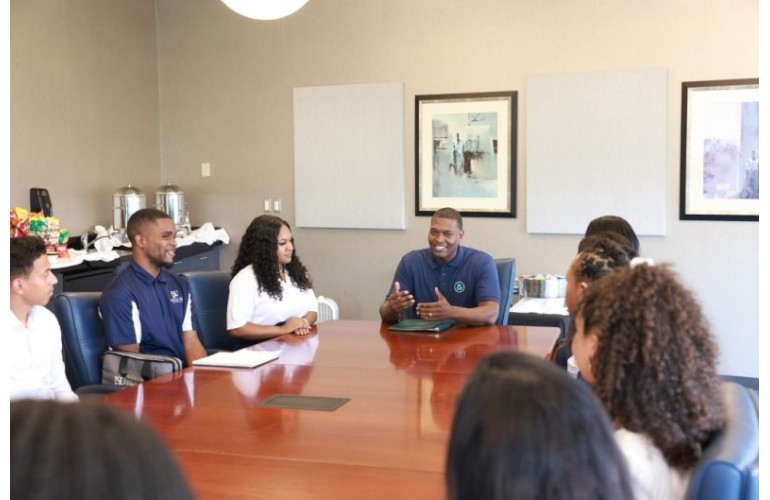 Jackson State University (JSU) recently announced the campus visit of Michael S. Regan, the first Environmental Protection Agency (EPA) administrator to graduate from a historically Black college and University. According to JSU, Regan met with students after he participated in a news conference hosted by JSU President Thomas K. Hudson.

“I’d like to thank EPA Administrator Regan for traveling to Jackson and allowing our students to have an opportunity to voice their experiences as members of the city who have been impacted by the water crisis,” said Hudson. “We appreciate the level of attention that our national, state, and local officials are placing on this issue in order to reach a resolution.”

In response to the low water pressure throughout the city and boil water notice JSU provided bottled water and rented portable toilets and portable showers for the use of campus residents. In the press release, JSU said the campus received an overwhelming amount of support from national and local donors in the form of bottled water and monetary donations. Additionally, Walmart donated fans to help students combat the heat while the air conditioning was impacted by the low water pressure. Dining services also made adjustments to its usual routine, including bringing in potable water.

Vice President of Student Affairs Fran’Cee Brown-McClure said the students were interested in trying to understand the process and timeline for improvements.

“They were aware the problems didn’t happen overnight,” she said. “They were also interested in ensuring accountability in the process for their elected officials.”

Regan stressed to students the power they have when they use their voices collectively and reminded them of the effectiveness of writing letters to leaders. He also shared that the EPA offers numerous internships in many fields, not just environmental science, and encouraged students to apply for one of them.

In a separate statement on the ongoing water crisis in Jackson, Mississippi, Regan said the people of the city have lacked access to safe and reliable water for decades.

“After years of neglect, Jackson’s water system finally reached a breaking point this summer, leaving tens of thousands of people without any running water for weeks. These conditions are unacceptable in the United States of America. When I became EPA Administrator, I made a commitment that EPA would prioritize the health and safety of underserved and overburdened communities across this country. That’s why Jackson was the first stop on my Journey to Justice tour last year and why I’ve returned to the city multiple times since meeting directly with families affected by this crisis and with State and local officials” he said.