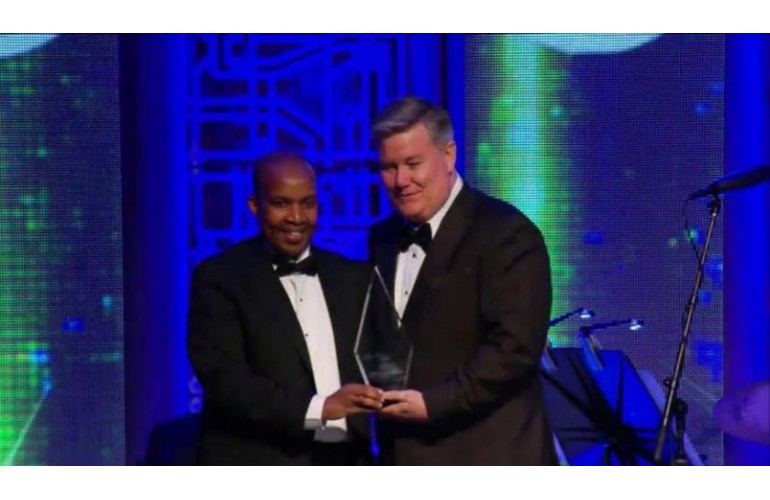 Eric Biribuze is a leader in the communications and auto industries with multinational experience.

Originally from Burundi, a landlocked country in the Great Lakes area of Africa,  Biribuze earned a science, technology, engineering, and math (STEM) scholarship, which took him halfway across the world to China.

Over the past 20 years, the engineer has delivered results in Mexico, the United States, and China working with the
company that makes the protective cover glass for our slim displays, handheld devices, and ultra-thin smart surfaces of the future.

The mid-career professional won a Black Engineer award for Professional Achievement because of his impact as a leader and role model.

Biribuze was recognized for working with a team from concept through launch and successful commercialization. That product line has earned Corning more than $1B in revenues to date.

“A representative of Corning’s Values, he is a role model and a delight to work with. And – the thing I love most about him is his belief that you and your organization will win and you do it by being a great teammate,” Curran added.

Biribuze said that his life’s journey has been a stream of challenges that became golden opportunities.

“I grew up in Burundi, my motherland, and went to college in China on a merit-based STEM scholarship. I came to this great country to further my education and landed a career with Corning,” Biribuze said at the 32nd BEYA Gala in Washington D.C.

“For 20 years, it has been a privilege to contribute to Corning’s innovative journey, while solving some of the world’s toughest problems and helping transform people’s lives.  I am indebted to so many. Thank you for this great honor,” he said

To read more about Eric Biribuze’s career and how he is helping to grow STEM talent in his interview with Sunday Times’ Julius Bizimungu, please click here.