Essye Miller to retire after 35 years in the Cyber Workforce 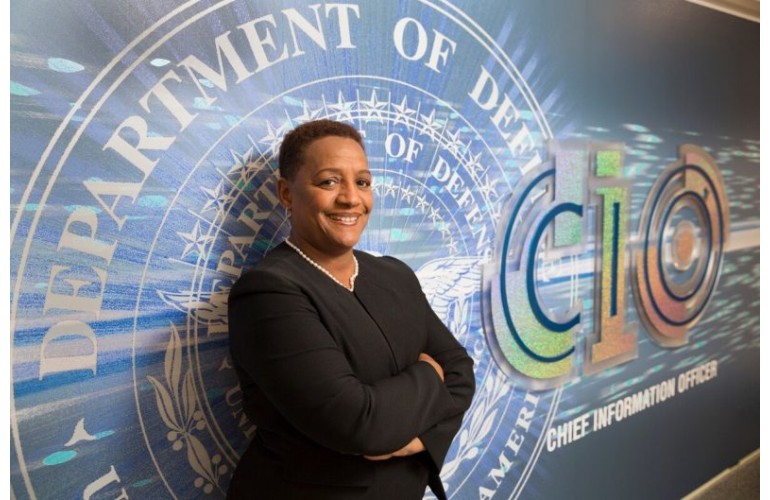 Essye Miller, principal deputy chief information officer (CIO) at the Department of Defense (DoD), is retiring in June. (Photo courtesy of Federal Computer Week/Federal Times, Alan Lessig) “Essye has been a trusted advisor to me, especially as I came onboard the DoD,” Chief Information Officer Dana Deasy said in a statement.

“Essye is without a doubt an inspiration to many and her dedication to the mission and leadership style will be missed throughout the department,” Deasy added.

When Miller spoke to the Alabama chapter of the Armed Forces Communications and Electronics Association in the summer of 2017, she discussed how much information technology has changed since she joined the field. Even words such as virus and cloud have taken on new meanings in the ever-changing landscape of the cyber world, she said.

Miller emphasized that the government needs more innovation and ways to attract young people to cybersecurity. By 2021, Cybersecurity Ventures predicts there will be 3.5 million cybersecurity job openings.

Miller graduated from Talladega College in 1985 with a Bachelor of Arts degree and began her federal civil service career as an information systems specialist intern. She got in-field cybersecurity training at the Standards Systems Center on the Gunter Air Force Base in Montgomery, Ala.

In addition to her bachelor’s degree from Talladega College, Miller earned an M.B.A. from Troy State University and a master’s degree in strategic studies from Air University in Montgomery, Alabama. She is a 2016 graduate of the Harvard Kennedy School of Government in National and International Security Studies and Acquisition Level III certified in Information Technology.

Over her federal career, Miller served in leadership positions in both the Army and Air Force. In 1992, she moved to Headquarters Air Combat Command, Langley Air Force Base, Va. There she held positions of increasing responsibility for policy and guidance, space and deployed command and control systems support, and as a senior manager for communications and information technology professionals.

Miller took over the role of acting chief information officer, effective Dec. 8, 2017. In this role, she served as a primary adviser to the secretary of defense for information management, information technology, and information assurance. In her regular role within the defense department, Miller served as deputy CIO for cybersecurity and senior information security officer.

Prior to joining the Department of Defense Chief Information Office, Miller was the director of cybersecurity for the Army CIO/G-6. She was also the Army’s senior information assurance officer and responsible for the development, implementation, execution, and oversight of the Army’s Cybersecurity Program.