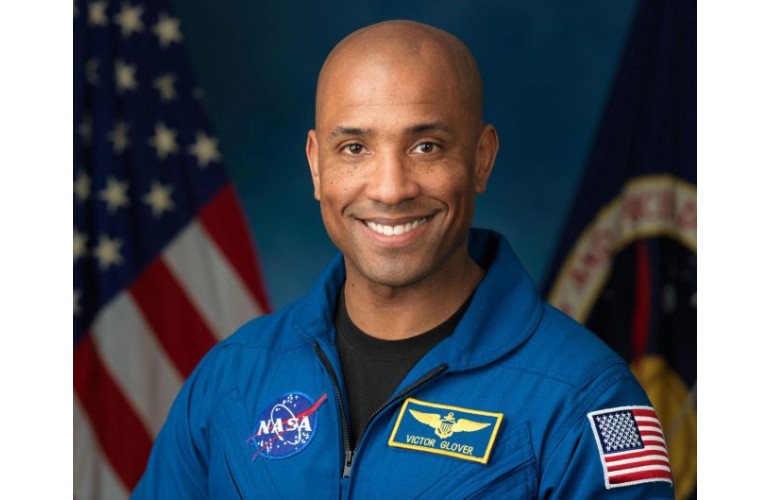 Victor Glover and the multinational crew of NASA’s SpaceX Crew-1 mission were all smiles after splashing down in the Gulf of Mexico on Sunday. They returned from spending 168 days in space.

The Black Engineer of the Year Award (BEYA) honoree served as pilot and second-in-command on the Crew-1 SpaceX Crew Dragon, named Resilience, which launched November 15, 2020. He also served as a flight engineer on the International Space Station for Expedition 64.

“Home! Mission Complete. pic.twitter.com/dVqCjF1UUd—Glover tweeted to his 150,000 followers on Sunday, May 2.

Resilience is the first post-certification mission of SpaceX’s Crew Dragon spacecraft and long-duration mission aboard the International Space Station (ISS). Glover is the first African American expedition crew member to live on the ISS as an assembly astronaut. Glover celebrated his birthday in space on April 30.

Best space birthday ever! Being in space with this crew is truly a gift. You guys rock, literally! Thank you… https://t.co/iCUIPm6Qmq

“Saturday’s spacewalk to upgrade the Space Station cooling and communications systems is one of the most challenging and rewarding things I have ever done,” Glover tweeted on March 15, 2021. “Glad to have Astro_illini out there with me and a truly amazing team on the ground! It was a grateful grind,” he said.

Saturday’s spacewalk to upgrade @Space_Station cooling and communications systems is one of the most challenging and rewarding things I have ever done. Glad to have @Astro_illini out there with me and a truly amazing team on the ground! It was a grateful grind. pic.twitter.com/jWFdpEPuvg

Following commissioning, the California native earned his wings of gold on December 14, 2001. After completing the F/A‐18C syllabus, he was assigned to the Blue Blasters of Strike Fighter Squadron. With the Blue Blasters, he completed the final deployment of the USS John F. Kennedy in support of Operation Iraqi Freedom.

Glover was selected as the United States Navy’s exchange pilot to attend the Air Force Test Pilot School. During the one‐year experimental test piloting course, he flew more than 30 aircraft in the U.S. and Italy. In 2007, he was designated a test pilot. Glover then served as a test pilot with the Dust Devils of Air Test and Evaluation Squadron VX‐31, testing various weapons systems. He accumulated 3,000 flight hours in more than 40 aircraft, over 400 carrier landings, and 24 combat missions.

In his off‐duty hours, he earned a Master of Science degree in Systems Engineering. Following graduation, he reported to the Dambusters of Strike Fighter Squadron VFA‐195, in Atsugi, Japan, where he served as a department head.

With the Dambusters, he deployed three times to various locations in the Pacific. In 2012, Glover was selected for the Legislative Fellowship. in Washington, D.C., and was assigned to the office of a U.S. Senator. Glover was a Legislative Fellow in the U.S. Senate when selected as an astronaut candidate in 2013. In 2015, he completed Astronaut Candidate Training.