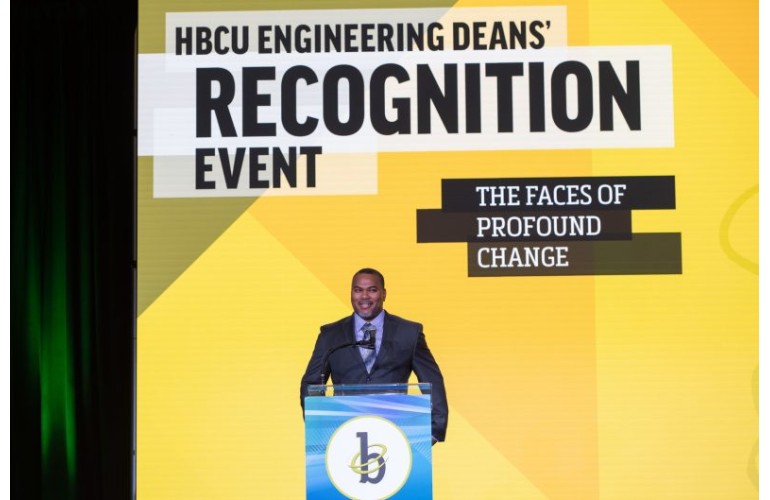 Air Force veteran Reginald D. “Reggie” Key is the 2022 winner of an award that salutes a Black female military pioneer at the BEYA STEM Conference.

In 2017, Admiral Michelle Howard retired from the U.S. Navy, concluding a 35-year naval career marked by many firsts, including selection as the first female four-star admiral and vice chief of naval operations. The Admiral Michelle Howard Legacy Award is named for the recipient of a Career Communications Group (CCG) hall of fame honoree.

Reggie has spent the past five years with the software cyber team at L3 Harris Technologies, where he supports the company as the static code analysis subject matter expert for development teams. Reggie is also a system administrator of a server system for automated software vulnerability scanning.

He is fluent in not only determining software mitigation but also providing resolution recommendations to software engineers. He uses his forward thinking to educate groups of engineers on how to prevent future vulnerabilities with modern coding methodologies. He has also developed advanced custom configurations for analysis software to better the needs of customers.

“For me, motivation is the key,” Reggie said at the HBCU Engineering Deans podium during the 36th annual BEYA STEM Conference. “I was born in Harrisburg, Pennsylvania, where I lived with my mother and two sisters. We were poor, and our struggle motivated me to want a better future for my kids. I joined the Air Force and was then motivated to buckle down when I saw younger Airmen going to school while I was just partying. I was the first person in my immediate family to get a degree. Throughout my life, I’ve been a motivator, encouraging others not to quit on themselves. I also coached girls basketball, from the third grade all the way up to high school. All of them are now in college, including my daughter. I like to give a special thanks to my family, friends, my Air Force family, and L3 Harris for continuing to inspire me.”