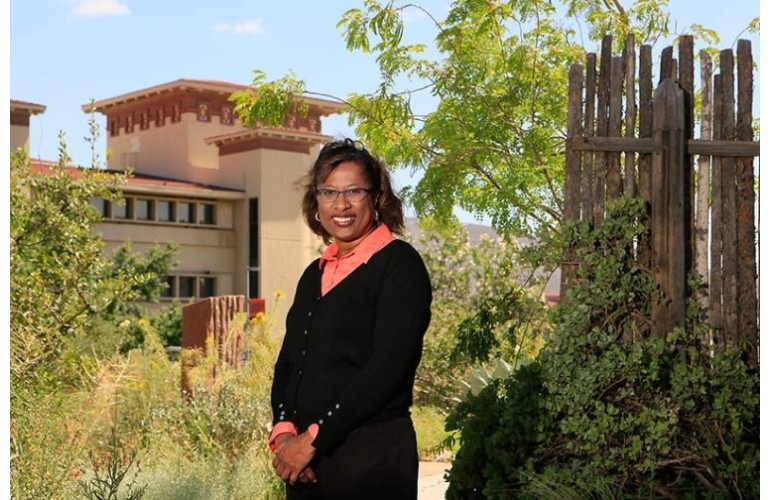 Florida International University (FIU) announced Tuesday that Deidra Hodges, an associate professor in photovoltaics and solar energy, has been named chair of the electrical and computer engineering department at FIU’s College of Engineering and Computing. According to FIU News, she is the first Black professor to serve as a department chair in the college. (Photo courtesy of  J.R. Hernandez / UTEP)

“In her relatively short time with us, Dr. Hodges has already become a well-respected educator and role model for our diverse FIU community, which is vital to our goal of growing minority representation in the field,” said John L. Volakis, dean of the college in a statement. “With her background in academia and industry, her research initiatives, and her collaboration with government laboratories and agencies, she will continue to lead the department in its development of technologies that will have a significant impact across the globe.”

While working for IBM, she programmed the avionics flight software for NASA. She also worked for Martin Marietta, now Lockheed Martin. Hodges has served as an officer in the United States Navy Reserve and taught at Southern Polytechnic State University and the University of Texas at El Paso.

At FIU, Hodges continues research in the area of technologies to convert light to electricity as well as solar and other renewable energies. She also serves as a diversity mentor professor in the Office to Advance Women, Equity & Diversity. Click here to read more in an interview with FIU’s Elizabeth Calzadilla, where Hodges talks about her priorities as the chair of the Department of Electrical Engineering at FIU.