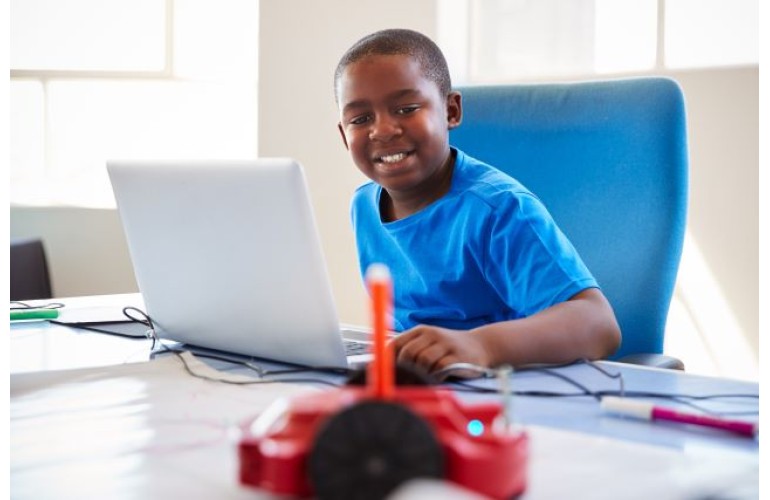 For every Black child in an afterschool program today, three more are waiting to get in. That is a key finding from America After 3PM, a new household survey commissioned by the Afterschool Alliance.

The study finds that the families of 24.6 million children in the United States — more than ever before — are unable to access an afterschool program and many report that cost is a barrier.

America After 3PM exposes significant inequities, with the parents of 58% of Black, 55% of Latinx, and 46% of white children not currently in an afterschool program saying they would enroll their child if they could.

The new study finds that, due to barriers including cost, access, and transportation, the number of Black children in afterschool programs has declined from 2.4 million in 2014 to just 1.5 million today. The decline means more Black students lack essential supports that can help them succeed.

Building on household surveys conducted in 2004, 2009, and 2014, it offers a pre-pandemic snapshot of how children and youth spend their afternoons and has significant implications for our post-pandemic world. It also includes a separate survey of parents conducted this fall; in it, nearly half of Black parents (47%) report stress due to providing learning support while their child’s school is operating virtually, and concerns about their ability to juggle work with monitoring their child’s distance learning (46%).

“Black parents say afterschool programs are doing stellar work in helping meet their children’s academic, social/emotional and other needs. But investments in afterschool have not kept up with demand, and that puts millions of children and youth at risk. The pandemic, which is taking an especially high toll on communities of color, is exacerbating the harm,” said Afterschool Alliance Executive Director Jodi Grant.

Other findings from America After 3PM:

• Black parents agree that programs help children gain interest and skills related to science, technology, engineering, and math (78%), and reduce the likelihood that young people will engage in risky behaviors, such as drug use (73%).
•  Nearly four in five Black parents say that afterschool programs help working parents keep their jobs (79%).
• Black parents reporting that programs are too expensive increased from 40% in 2014 to 58% now, and reporting that their child does not have a safe way to get to and from programs increased from 48% to 58% over the same time frame.
• Black families in the highest income bracket report spending 3.5 times more on out-of-school time activities than families in the lowest
income bracket ($3,519 vs. $999).
• Eighty-eight percent favor public funding for afterschool opportunities.

“Every parent should have access to an affordable, quality afterschool program that will keep their child safe, supervised, and learning,” Grant added. “This study paints a picture of unmet need, with the heaviest burdens falling on Black, Latinx, and low-income families. We must do better. Publicly funded afterschool programs have been a lifeline for children. We need to bring more federal, state, local, business, and philanthropic support to meeting the needs of students and their families after school.”