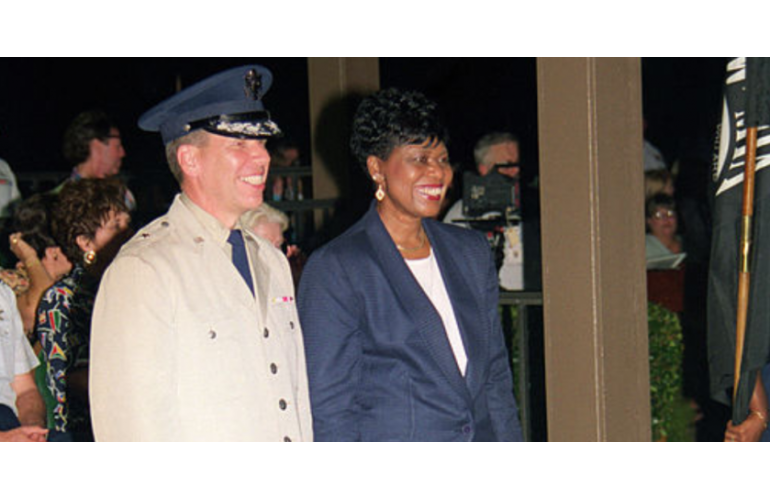 Funeral arrangements for the Honorable Ruby DeMesme have been announced. According to Matt Bowman, BEYA Stars and Stripes chief of staff, the family will hold a private visitation on Saturday, April 25 at the Ocean View Funeral Home on Carver Street in Myrtle Beach, South Carolina.

As a result of gathering guidelines imposed by the Governor of South Carolina, a ten-person-at-a-time restriction will be strictly enforced. Mourners have been asked to abide by the social distancing guidelines.

Condolences may be sent to her husband, Mr. Donald DeMesme, and her daughter, Donnielle, at 9551 Lugano Court, Myrtle Beach, SC 29579.

The BEYA Stars and Stripes Committee also shared in an email that the DeMesme family has planned a memorial service for a future date. The interment will be held at Arlington Cemetery, followed by a private graveside service. The date will be shared when determined.

Ruby Butler DeMesme was an assistant secretary of the Air Force for Manpower, Reserve Affairs, Installations, and Environment from 1998 to 2001. After retiring from government service in 2001, she joined IBM as a Senior Defense Fellow, later becoming director of human capital solutions & defense practices. In 2005, she joined BearingPoint’s Public Services Business Transformation Team. Four years later, she joined Deloitte as a senior advisor/strategist on federal government human capital programs and policies.

She was chairman of the Andrews Federal Credit Union Board, White House Appointee to the Defense Advisory Committee on Women in the Services, member of the Army Science Board, and the UNC-Chapel Hill School of Social work.

DeMesmewas educated at St. Augustine’s College in Raleigh, North Carolina, graduating in 1969. She later earned a master’s degree from the University of North Carolina at Chapel Hill. From 1969 to 1980, DeMesme worked as an executive administrator in the Cumberland County, North Carolina Department of Social Services.

On July 6, 1998, President Bill Clinton announced his intent to nominate DeMesme to be Assistant Secretary of the Air Force for Manpower, Reserve Affairs, Installations, and Environment. She was the first African American woman to be appointed to this position.

The archive photo above shows Air Force Brigadier General John M. Speigel, commander of the 81st Training Wing, Keesler Air Force Base, Mississippi, along with Ms. Ruby DeMesme, deputy assistant secretary of the Air Force for Force Management and Personnel, review the passing of the troops during a parade celebrating the Air Forces 50th Anniversary, September 18, 1997.

Lieutenant General Stayce Harris (R) shared that the transition occurred in her sleep. “She was a great leader and mentor to so many of us. Her legacy lives on,” Bowman said.