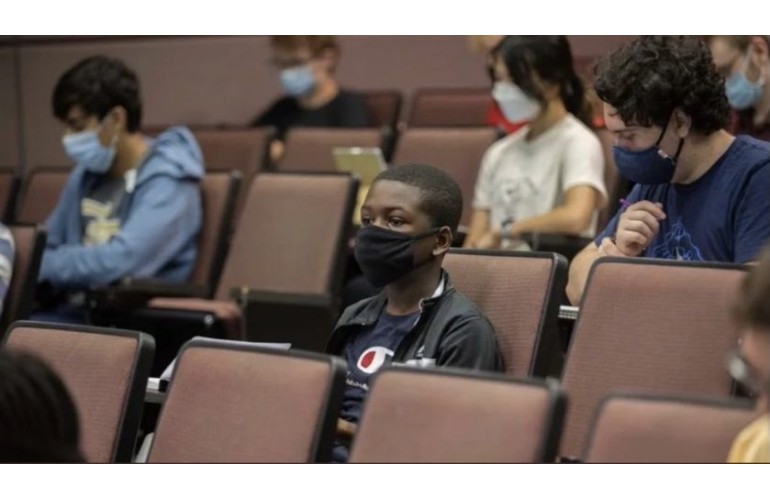 Caleb is not just the youngest member of the American Institute of Aeronautics and Astronautics (AIAA). According to Georgia Tech, he is also the youngest on campus.

Caleb said about his first impressions that he was not aware of just how big the campus was. “It’s massive,” he said in a video posted on YouTube. “It’s huge, and it’s something that I’m not used to.”

Although he admitted to feeling a bit nervous, Caleb said he feels like he is already acclimating to the campus where he hopes to spend the next five years.

“This is my life now. This is something I gotta get used to,” he said.

“The first thing they did was providing Caleb with a mentor,” she said. Two students will mentor Caleb through the process.

Kobi and Claire Anderson were right by their son’s side for his first day, Georgia Tech said.

“He’s willing to be stretched. He knows how to get back from a punch … and continues to strive,” said his father.

His mom hopes that by continuing to share his story that their family can help to “shift the perspective of what you see when you see a young Black man. This could be a future aerospace engineer,” she said.

Caleb is hoping to join clubs like the Ramblin’ Rocket Club. His long-term goals include earning a master’s degree from Georgia Tech, pursuing a career at SpaceX, and starting his own company.

His top goal is to pay it forward, saying, “I want to help others that may just need nurturing and resources,” Caleb said.