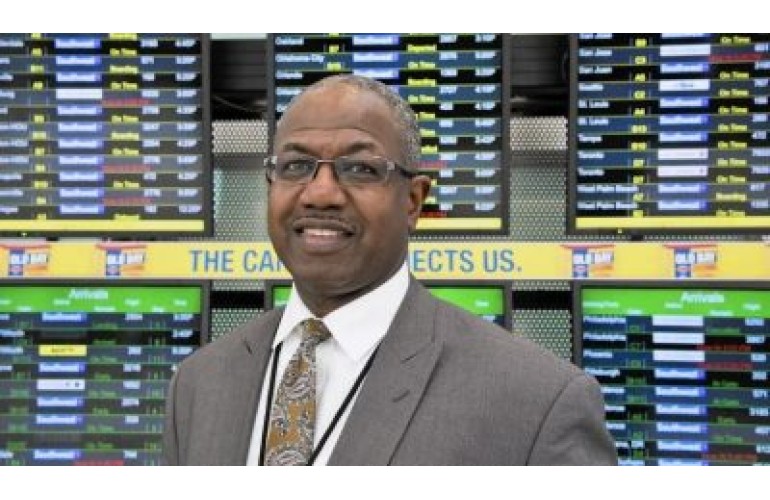 For the 25 Million passengers who flew through Baltimore/Washington International Thurgood Marshall Airport in 2016, the Future Travel Experience plans a whole new passenger experience.

The 2017 FTE also had innovations such as “Leo”, a fully autonomous and self-propelling baggage robot; a new way to interact with an airport’s data using HoloLens; and next-generation passenger processing for any airline, at any airport, on any device.

According to SITA, the world’s leading specialist in air transport communications and information technology,   airlines and airports are embracing new technologies and turning to AI to support their customer service.

Over the next three years, 52% of airlines plan major AI programs or R&D and 45% of airports will invest in R&D in the next five years,  says SITA’s 2017 Air Transport IT Trends Insights.

Airlines are looking to invest in major programs or R&D into prediction and warning systems, which rely heavily on AI.

Another technology that is catching the attention of the industry is chatbots. Today, 14% of airlines and 9% of airports already use chatbots. The report shows, however, that there is a significant appetite among air transport CIOs to embrace this technology over the next three years. By 2020, 68% of airlines and 42% of airports plan to adopt AI-driven chatbot services. Airports plan to use chatbots for services such as notifications and airport guides.

SITA’s report also shows that mobile app development is a top priority among airlines and airports. Over the next three years, 94% of airlines and 82% of airports plan major mobile programs or R&D. The main area of focus is in the commercialization of their mobile services with airlines looking to boost both direct and ancillary sales via their apps.

In fact, airlines expect sales via their mobile apps to double by 2020 and reach 17% of their total sales. Streamlining services into one single app to deliver a seamless experience is a priority for almost every airline (94%) and a high priority for more than half (58%).

“We know that passengers prefer to use technology and when it is well designed it can really improve the passenger experience. Airlines and airports are investing in AI and mobile programs to make services even better for the passenger, supporting sales and providing customer support, particularly during times of disruption.”

They are also looking to beacons and sensors to help provide context and location-aware services. SITA’s research shows that 40% consider this area a ‘high priority’ for app development and a further 43% consider it a ‘priority’. Airports clearly recognize the opportunity to provide useful and relevant mobile services to passengers to optimize time spent at the airport.

SITA’s IT Trends are well established as the global benchmark research for the air transport industry. Senior IT executives at the top airlines and airports took part in the research earlier this year.

Smith is one of 12 black airport chief executives in the United States.

Thanks for writing about bots and what they can do or could do. A little more business integrations and better customer experience will work out wonders in the Insurance sector. I have come across a chatbot platform called Engati which guided me to design a chatbot within 10 mins and no coding. You too can give it a try at building a bot in less than 10 mins. Engati is a chatbot platform that allows you to build, manage, integrate, train, analyze and publish your personalized bot in a matter of minutes. It presently supports eight major messaging platforms including messenger, Kik, telegram, line, Viber, Skype, slack and webchat with a focus on customer engagement, conversational commerce, and customer service and fulfillment. Read more about it here http://www.engati.com