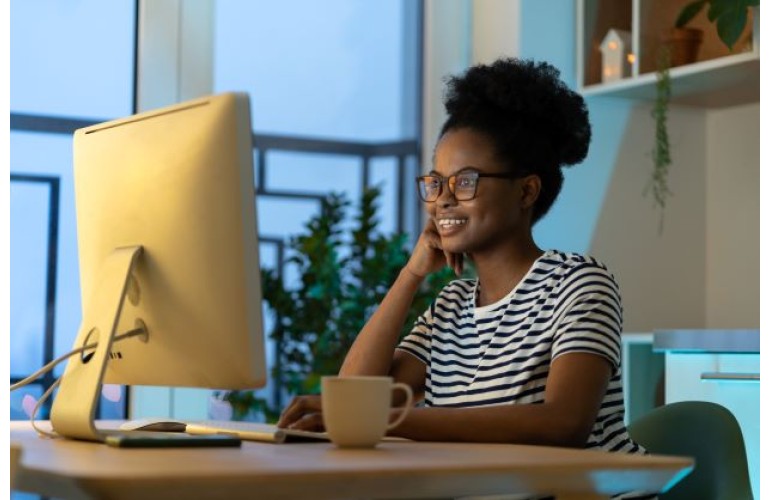 Earlier this summer, TIME magazine named Jackson State University (JSU) alum Felisa Ford one of 10 Innovative Teachers of the Year.  The magazine’s 2022 project highlights U.S. educators who are improving their field and making a difference for their students in a unique way.

According to TIME, Ford has been a teacher for almost 29 years, and in 2015, she became a digital learning specialist. During the pandemic, also marked by periods of unrest, Ford worked with her Atlanta Public School colleagues to develop a new video game for students that went viral. By May 2021, it had been downloaded more than 3 million times.

In a JSU Newsroom feature, Ford said she worked closely with Minecraft developers to design a game that educates young people on how the social justice movement shaped the world, applying the late U.S. Rep. John Lewis’s phrase, “Good Trouble,” as the guiding mantra and title of the game.

“We wanted the students to know that we may all look different, but we all bring value, we all have stories to tell, and we all have words,” Ford told JSU.

The novelty of the video game, along with the timeliness of the creation, was positively received by teachers as far as Pakistan, who utilized parts of the lesson plans for instruction from Minecraft Education Edition’s Lessons in Good Trouble.

“Our hope was that students would be able to open their minds and gain empathy and understanding for others. If you have a friend being mistreated, it’s okay to stand up for that friend,” said Ford. “We hope that students gain the lesson that you can stand up for someone in so many different ways.”