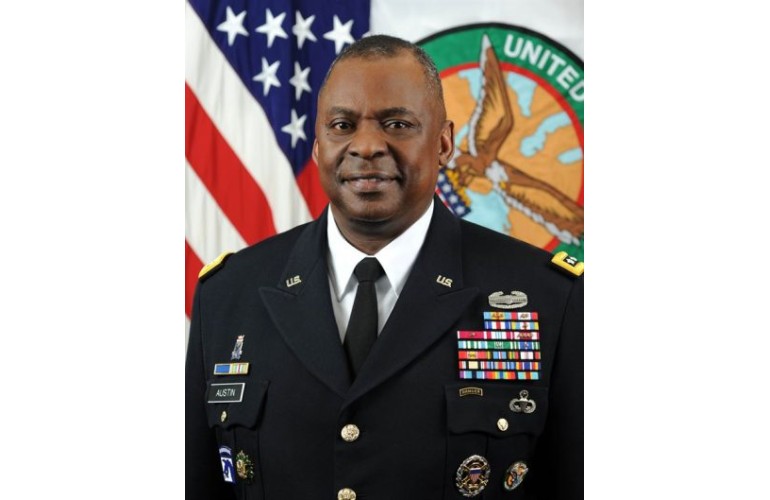 General Lloyd Austin has retired as commander of United States Central Command. He served in a variety of command and staff positions over his distinguished military career.

“On behalf of a grateful nation, I congratulate General Lloyd Austin on his retirement after nearly 41 years of service to our country,” President Obama said in a White House statement April 5.

“General Austin’s character and competence exemplify what America demands of its military leaders,” the president added.

“Over the last three years as Commander, U.S. Central Command, General Austin has overseen military operations in one of the most demanding regions of the world, including operations in Iraq and Afghanistan and our broader counter-ISIL campaign.

“I have relied on his wise judgment and steadfast leadership to help me navigate the many challenges we find there. Additionally, as Commander of U.S. forces in Iraq, General Austin was instrumental in allowing Iraqis to take the lead for securing the future of their own country. These are among his many accomplishments over a storied military career,” the president said.

A special retirement ceremony was hosted by Army Chief of Staff General Mark Milley on April 5 at Summerall Field, Fort Myer, Virginia. The event featured a pre-ceremony concert, a musical salute, and presentation of awards.

Following duty at Fort Bragg, he was assigned to the Pentagon where he served as chief, Joint Operations Division, J-3 on the Joint Staff. Gen. Austin also served as commanding general of 10th Mountain Division (Light), Fort Drum, as commander of the Combined Joint Task Force- 180, Operation Enduring Freedom, and Afghanistan. He then served as chief of staff, Central Command followed by an assignment with the XVIII Airborne Corps where he commanded Multinational Corps-Iraq, Operation Iraqi Freedom. Gen. Austin commanded United States Forces-Iraq from September 2010 through the completion of Operation New Dawn in December 2011 and assumed command of Central Command on March 22, 2013.

He was responsible for all U.S. military operations in the central region of the world, which spans 20 nations from Egypt to Pakistan and to Kazakhstan. Working with national and international partners, U.S. Central Command responds to crises and promotes security and stability in the region. Prior to this assignment, Gen. Austin was the vice chief of staff of the Army.

He holds a Bachelor of Science from the U.S. Military Academy, a Master’s in Education from Auburn University, and a Master’s in Business Management from Webster University.

Congratulations to General Lloyd Austin & his family. God bless this young man an family for their service times

I have been trying to contact General Austin. Please give uim my information as this is urgent that I speak with him.