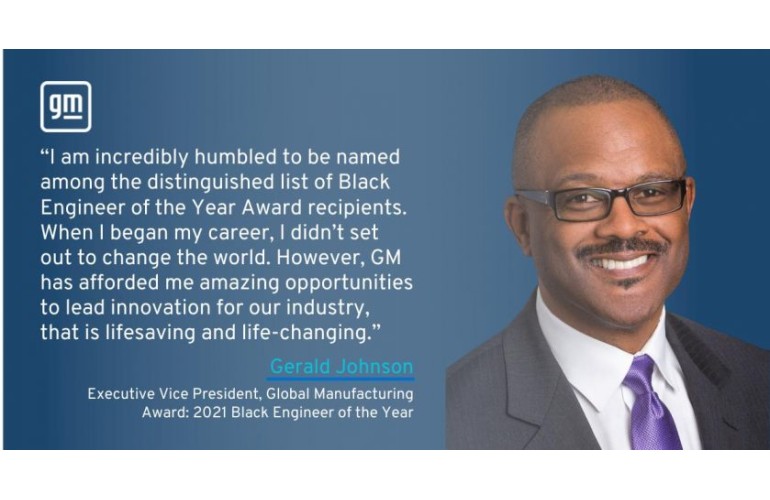 In February 2021, Gerald Johnson will receive the prestigious Black Engineer of the Year Award. As executive vice president of global manufacturing for General Motors, he is responsible for the budget, quality, and safety performance for 103,000 employees representing more than 129 manufacturing facilities on five continents in 16 countries.