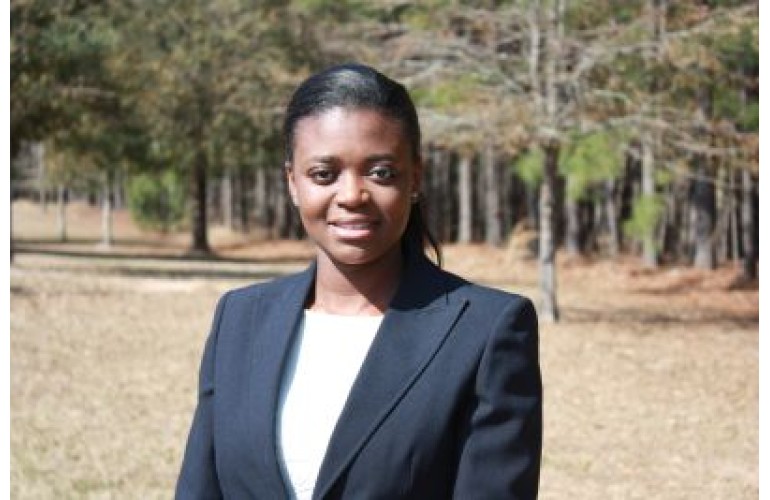 Long before she became a professional engineer, Jennifer Sesay took a courageous leap of faith. She moved from her home country of Sierra Leone to Wisconsin to attend college. She knew that if she stayed in Freetown, she had little hope of an accomplished and fulfilling life. The young woman with dreams of achievement came to the United States without any family or friends but with more than enough ambition and drive.

A decade later Sesay is an electrical systems engineer with Gulfstream Aerospace Corp. in Savannah. Her job involves supporting the development and certification of some of the avionics systems on Gulfstream aircraft.

Sesay, 29, said her life now is fairly well balanced with challenging work, a fiance she plans to marry in upcoming months, regular exercise, commitments to her church and community and adequate rest.

However, that wasn’t always the case.

Sesay recalled a time a couple of years ago she threw too much of herself into work and was not mindful of achieving better balance.

‘There were times I would go home and dream about work,’ said Sesay. ‘I was burning the candle at both ends.’

Now she rarely brings her laptop home and has made a conscious effort to focus on work while at the office and focus on everything else when she’s away from the job.

The wake-up call came after she got sick and couldn’t shake it. After repeated doctor visits, her physician suggested that her symptoms might be stress related.

Sesay said that assessment caused her to question herself.

‘I started looking inside. I asked what I am doing,’ she said. ‘Maybe I need some help delegating. Maybe I am carrying too much myself. Maybe I don’t need to go to all these meetings.’

She decided to pump the brakes a bit at work and slow down. Sesay also made a courageous decision to go to management at her company and ask for help in prioritizing projects and delegating some tasks to others. She got the support she needed.

Now she’s more relaxed. Outside of work, Sesay is involved with her church and volunteers in the community in addition to planning her upcoming nuptials and visiting with her fiance’s family in Virginia. She tries to return to Sierra Leone each year at Christmas.

As for keeping balance in her life, Sesay sees progress.

‘I think I have gotten better the older I get,’ she said.