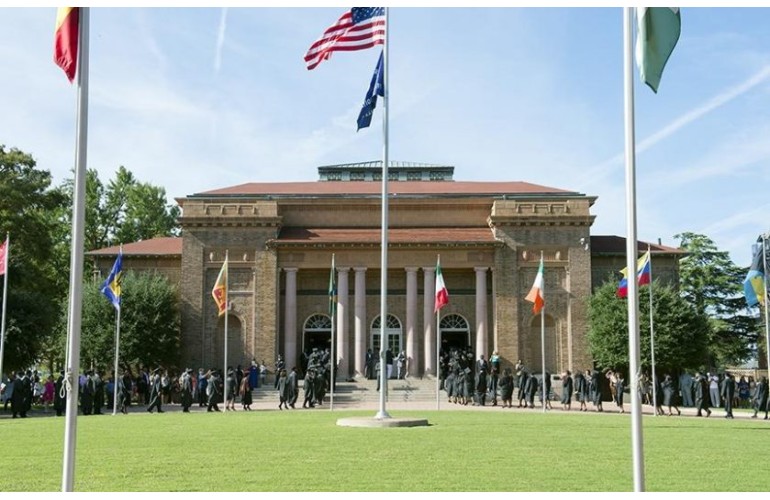 Dr. Rose is an assistant professor of accounting, investment banking, and finance in the School of Business. Dr. Ward is the chair of Hampton University’s Department of Fine and Performing Arts.

Dr. Harvey reminded the gathering that he doesn’t see his leadership role at Hampton University as work.

“I feel that, long ago, this ceased to be a job and became a way of living,” Harvey said.

Dr. Harvey asked the year’s seniors to note that their final year at Hampton University is not the end of their journey.

“Don’t think that now you are a senior that you are all grown up and you can do whatever you want,” he said. “It doesn’t work like that.”

No one understands those words better than keynote speaker Calvin L. Butts Jr.

Butts is a healthcare and pharmaceutical strategist as well as co-founder of #HamptonNation. He was inducted into Hampton University’s inaugural Alumni Forty Under 40.

During his address, Butts said that being a student at Hampton University taught him how to take his strengths and weaknesses and use them to achieve his goals in life.

“I grew up with ADHD and had always been told to concentrate on one thing at a time,” Butts said. “At Hampton University, I learned to embrace what had been a weakness. I learned to do many things at the same time.”

Dr. Harvey, though, may have had the most poignant comment: “Bad choices can cause you to miss your season to excel.