HBCU alum hopes to inspire the next generation of naval scientists 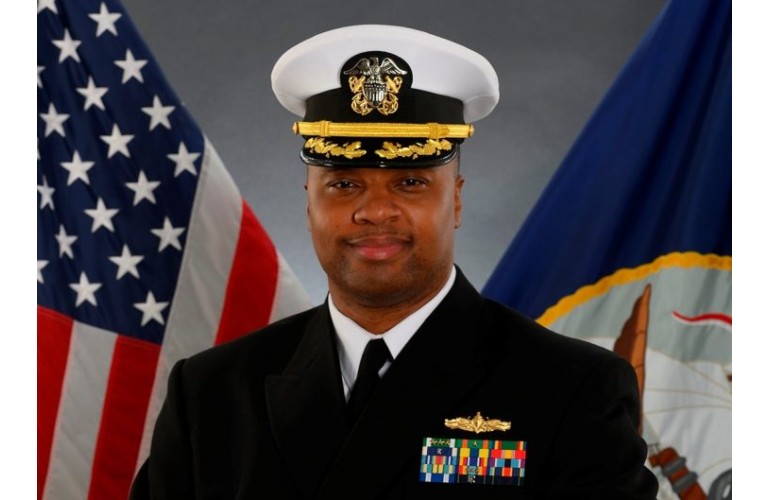 United States Navy Commander Dominique Jackson, a 2004 Southern University graduate, has been named the Force Damage Control Officer for the Naval Surface Forces Atlantic Headquarters. Jackson, who reported to Norfolk in late July, was chosen from thousands of officers worldwide because of his experience and leadership.

Commander Jackson will supervise and manage the prevention and response of ship damage, like fires or floods for 77 ships and 34 shore commands.

“I am truly humbled by the opportunity and extremely excited to be entrusted with such a huge responsibility,” Jackson said in a statement.

During the past year, he served as the deputy director of outreach and diversity for the Navy Recruiting Command Headquarters, where he has helped improve diversity so that the Navy Officer Corps reflects the demographics of the country.

He has also served as a ship driver (Surface Warfare Officer), Damage Control Assistant, Chief Engineer, as well as an assistant professor of naval science at his alma mater, Southern University. Jackson was commissioned in the United States Navy in 2004 as a Surface Warfare Officer after earning his Bachelor of Science Degree in Criminal Justice at Southern University. He earned his Master of Arts Degree in National Defense and Strategic Studies and graduated with a Joint and Maritime Operational Planner designation at the Naval War College in Newport, RI in 2017.

Jackson says he developed his strong work ethic from his single mother, who raised seven siblings while facing poverty and other obstacles.

“I’m thankful for having a mother that set the example of hard work, which gave me the foundation for my work ethic,” Jackson said. “Without her, I wouldn’t have achieved anything. For kids who are growing up in similar situations, I want them to know that they do not have to stay in that situation,” Jackson said. “With hard work, they can make a better life for themselves and their families.”

In 2010 while an instructor, Jackson was awarded the Colonel Leo A. Codd Award as the “Most Outstanding” Naval Science Instructor in the United States and a finalist for the 2020 Admiral Arleigh Burke Award for Surface Warfare “Operational Excellence” out of 240,000 ship drivers. He also received the Meritorious Service Medal, four Navy and Marine Corps Commendation Medals, two Navy and Marine Corps Achievement Medals, and the 2012 International “Military Leadership Award,” among others.