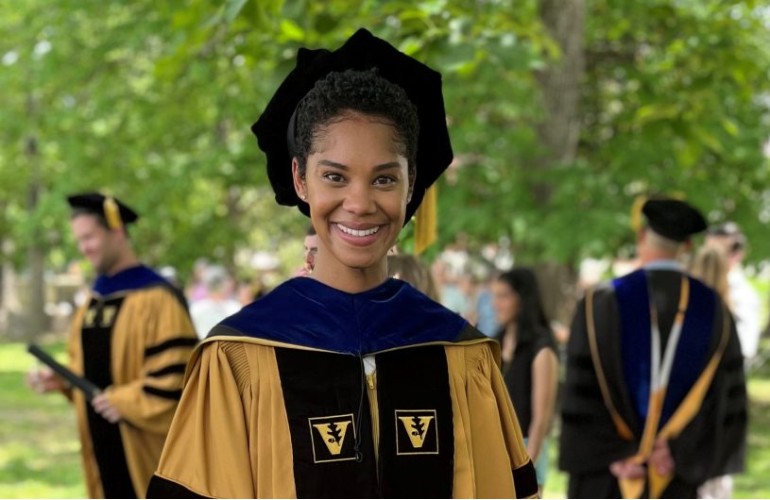 According to the most recent figures from the American Institute of Physics, women only earn 21 percent of physics bachelor’s degrees and 20 percent of physics doctorates. During the spring commencement season, Jackson State University (JSU) alumna Carcia Carson became the first Black woman to receive a Ph.D. in biomedical engineering from Vanderbilt University.

“I am honored to be the first to accomplish this feat,” she told JSU. “I look forward to diversifying my industry and continuing the discussion of representation in high-level research environments.”

Carson earned a bachelor’s degree in physics in 2014 from JSU and was accepted into the Fisk-Vanderbilt Master’s-to-PhD Bridge Program, where she also obtained a master’s degree in physics. She gained interest in translational research when her grandmother was diagnosed with cancer.

During her commencement ceremony, Carson honored the faculty at Vanderbilt. She also extended gratitude to former JSU faculty member Quentin Williams, Ph.D., for investing in her ability and training her work ethic, which inspired her to pursue the Fisk-Vanderbilt program.

Carson believes the most sound advice she’d impart to her younger self would be utilizing your resources, asking probing questions, and allowing your professional connections and insights to inform your pathway. She said she looks forward to advancing her medical research and obtaining her MBA degree with hopes of one day becoming a director of oncology.