HBCU alums in the Biden-Harris Administration 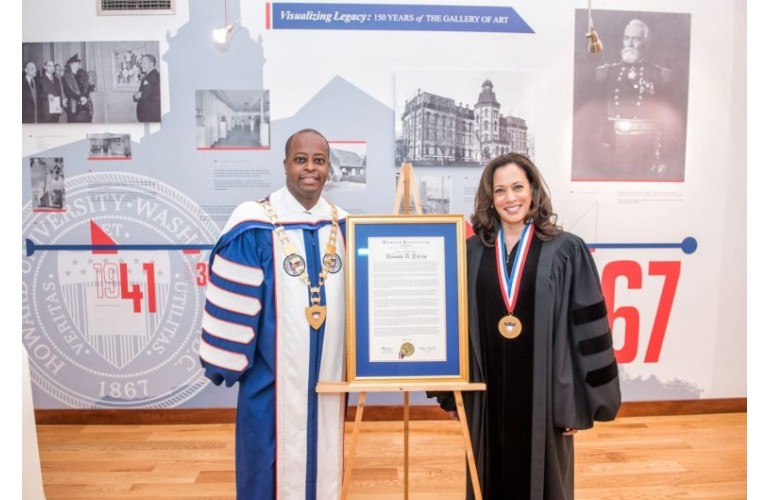 We all know the names of notable historically Black college and university (HBCU) alumni like Toni Morrison and Samuel L. Jackson. In 2018,  Moguldom, which is devoted to promoting equality in tech investment, came up with a definitive lineup of innovators, startup founders, tech execs, and investors for the “100 Influential HBCU Alumni” list.

In the lead up to inauguration day on Wednesday, January 20, Howard University announced that Dr. Wayne A. I. Frederick joined faculty members and a student leader to discuss the significance of Howard alumna Kamala Harris’ historic election. USA Today reported over the weekend that Harris chose Justice Sonia Sotomayor to administer her oath of office to Vice President during her swearing-in at the U.S. Capitol.

According to the Howard Newsroom, Harris’ identity as the daughter of Black and South Asian immigrants, along with her standing as an alumna of an HBCU speaks to a broad subset of the nation’s population.

“The role of Howard University and HBCUs, in particular, has never been more clear,” said Frederick in the statement. “HBCUs have always been at the forefront of holding America to account and insisting on better. Vice President-elect Kamala Harris has always embodied our ideals of truth and service. We can find no better role model for all leaders and institutions to emulate.”

Gregory Carr, Ph.D., chair of Afro-American studies, reflected on the significant role that HBCUs and Howard University have played in shaping American life.

“We know that some of the first elected officials of African descent in this country were either members of Howard faculty, or they emerged out of Howard University,” said Carr. “Literally from the beginning of the institution to now, we see a steady stream of graduates being produced who lead, not only in the United States, but in the world. The role of Howard faculty cannot be understated.”

According to Carr, the surge of Howard University faculty who emerged during the Black college move in the late 1960s shaped the education Harris received at Howard. It brought scholars like Ronald W. Walters, Ph.D., and others who taught during Harris’s time on campus and shaped key era political and intellectual conversations.

“It’s very important to understand that Kamala Harris’ work at Howard as an undergraduate coincided with a very serious period of contestation,” he continued. “And in many ways, she represents that crossroads that has unfolded since then.”