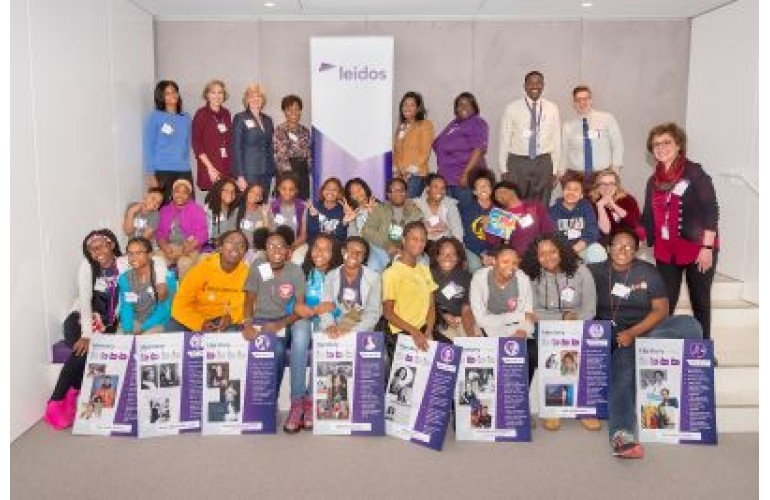 Competing on the world stage as a global leader, the U.S. has always been in the forefront-partly from teaching specific skills at an early age in science, technology, engineering, and math (STEM) and partly from creating opportunities for these skills to be used in careers that have catapulted businesses in industries and have improved our way of living.

According to changetheequation.org, which reports on the condition of STEM learning in the U.S., between 2014 and 2024 the number of STEM jobs will grow 17 percent, as compared with 12 percent for non-STEM jobs. Additionally, the National Math and Science Initiative (NMS) finds that compared to the rest of the world, the U.S. ranks 27th in math and has fallen behind the rest of the world at an alarming rate.

U.S. students recently finished 27th in math and 20th in science in the ranking of 34 countries. But many in the business community are taking these statistics seriously and implementing initiatives to not only curb the decline in STEM-qualified candidates but to reverse this trend.

That is why Lockheed Martin has taken action.

Earlier this year, Lockheed launched Generation Beyond, a national educational program designed to bring the science of space into thousands of homes and classrooms across America. This STEM program provides the shot of adrenaline needed to jumpstart and inspire the next generation, getting them excited about pursuing STEM careers.

Lockheed Martin has a long history of spearheading STEM education and space exploration, working with NASA on every U.S. space mission. Additionally, the company has partnered with the National Teachers Association, FIRST Robotics, and Girls Who Code, and they contributed nearly $70 million to STEM programs. Lockheed’s Generation Beyond program offers interactive tools to engage educators and students alike by implementing three core elements.

The first element is the deep space online curriculum for middle school teachers and students that incorporates virtual field trips and other activities designed to reach thousands of students across America. The second is Lockheed Martin’s Mars Experience Bus that travels the country and uses GPS technology to provide students with an interactive experience of actually driving on the surface of Mars. Lockheed’s high-tech, video game-like software provides a “being there” experience on a replica of 200 miles of the Red Planet.

Finally, the third component in Generation Beyond is the Hello Mars smartphone app that allows students to locate Mars in the sky, receive weather reports from the planet, and virtually travel there. This three-pronged approach to getting both students and teachers on board with a desire to pursue science, engineering, and technology reveals Lockheed’s commitment to the future of STEM awareness and education.

‘A foundation for future success’

Other technology and defense firms are doing their part to expand their reach in introducing students to STEM as well.

“At Leidos, we support several STEM initiatives, which includes our sponsorship of FIRST® (For Inspiration and Recognition of Science and Technology),” says Charlesiah McLean, III, Ed.D., director of diversity & inclusion at Leidos. “We annually participate and engage in their FIRST Robotics Competition, a high school-level challenge where students have six weeks to conceptualize, design, build, program, modify, and test a robot to participate in a competition that changes every year.”

In addition, Robin Rotenberg, vice president, Corporate Communications and chief communications officer, BASF, states, “BASF encourages and stimulates young learners to explore their interest in STEM-related fields, which we do through our science education programs, Kids’ Lab and Science Academy, along with sponsorship of other national science education programs, such as the You Be the Chemist Challenge. Our Kids’ Lab program allows youngsters to experience and explore chemistry through safe and engaging experiments coupled with interactive Q&A and demonstrations. The science programs allow BASF employees to serve as mentors, offering guidance and real-world knowledge of STEM-related careers. It is important for children to understand the science concepts in the world around them and to view technology as a possible rewarding career path.”

Corporations are finding that it is not that there aren’t qualified individuals to fill positions in STEM jobs but that in order for people to meet those qualifications, they must know that they exist and understand the industry.

Many other companies, as well as leaders in the industry, have taken steps to generate interest, spark excitement, and create an awareness of the great potentials and possibilities that education and occupation in STEM areas can bring. Taking these steps to extend the reach of STEM and pique general interest sets a foundation for future success.