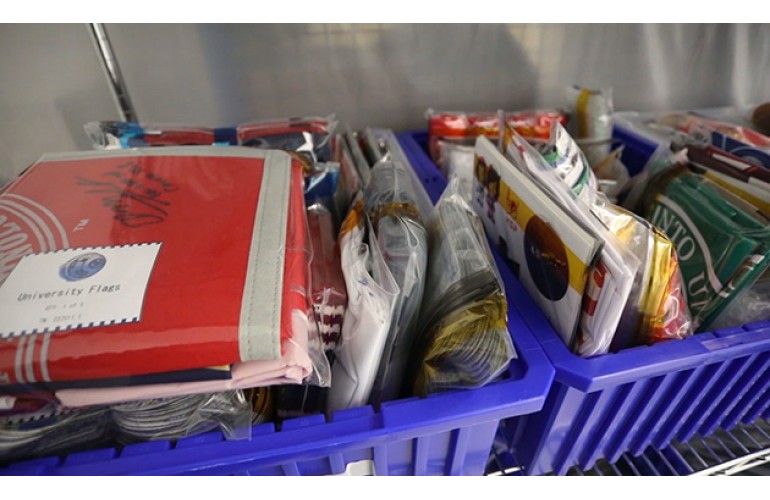 The spacecraft is carrying more than 500 pounds of NASA cargo and crew supplies to the space station. In June 2021, Boeing announced that the deep legacy of 14 historically Black colleges and universities (HBCUs) will be onboard Boeing’s CST-100 Starliner as it embarks on its mission to orbit for NASA’s Commercial Crew Program.

Flags, small pennants, and other items representing select HBCUs from throughout the U.S. are part of the hundreds of pounds of cargo for Boeing Starliner’s second Orbital Flight Test. (Photo Credit: John Proferes.)

“Closing representation gaps in our company and our industry is a priority for Boeing, and inspiring diverse students to pursue careers in aerospace is an important part of that effort,” Boeing President and CEO David Calhoun said in the June statement. “By representing HBCUs on our Starliner mission, we are demonstrating our commitment to working with these institutions to advance equity and inclusion and help ensure a bright future for their students.”

Liftoff! The @ulalaunch Atlas V rocket with @BoeingSpace‘s #Starliner aboard launches from SLC-41 on the Orbital Flight Test-2 mission. Check out the first images of launch ➡️ https://t.co/sulsB282OS pic.twitter.com/IpVL2kQISq