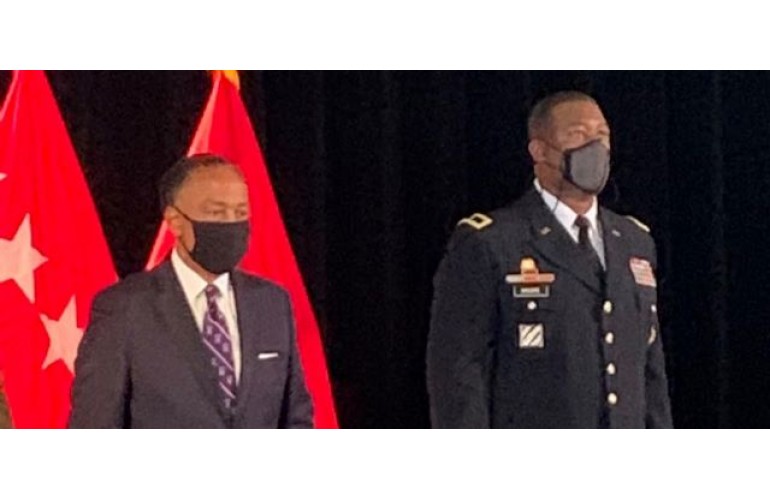 Brigadier General James S. Moore announced his retirement from the U.S. Army on LinkedIn recently, marking the end of more than three decades as a career Soldier.

Over the last four years, Moore has been featured in US Black Engineer magazine’s “Top Blacks in the Military” list, showcasing assignments as chief of staff of the Army Installation Management Command; commanding general of the 593rd Expeditionary Sustainment Command; and executive officer to the commanding general, Army Materiel Command.

On LinkedIn, Moore also remarked on the significance of having a retirement ceremony at his alma mater, Virginia State University,  a historically Black college and university (HBCU) that boasts an award-winning department that supplies leaders to the United States Army.