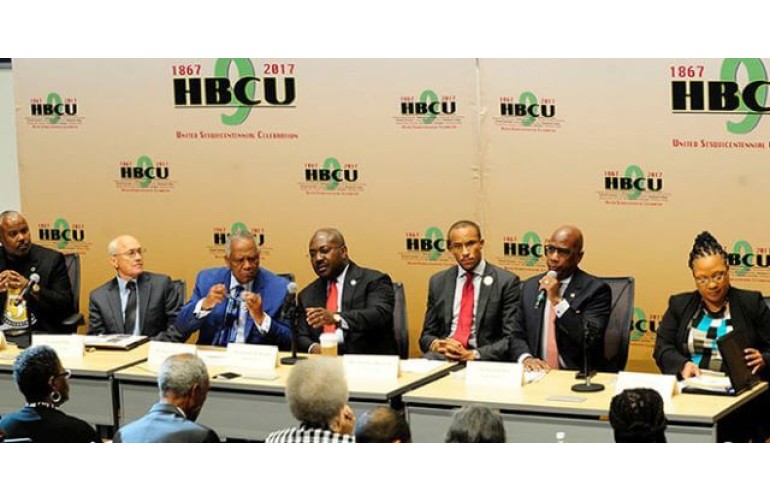 One hundred and fifty years ago nine historically black colleges were founded, the largest number ever in a single year in the nation’s history.

The Leadership Summit events on Thursday, Sept. 28 included a Unity Mile Torch Relay on Hillen Road from 33rd Street to Morgan’s Freedom Plaza; an Opening Ceremony at the Plaza; and a Sesquicentennial Choir Concert performed by singers from each of the nine institutions, directed by MSU Choir Director Eric Conway.

The closing session on Saturday, Sept. 30 featured a panel discussion with African-American higher education advocates on the topic “HBCUs at 150: The State of the Union,” moderated by Benjamin Jealous, former president and CEO of the NAACP.