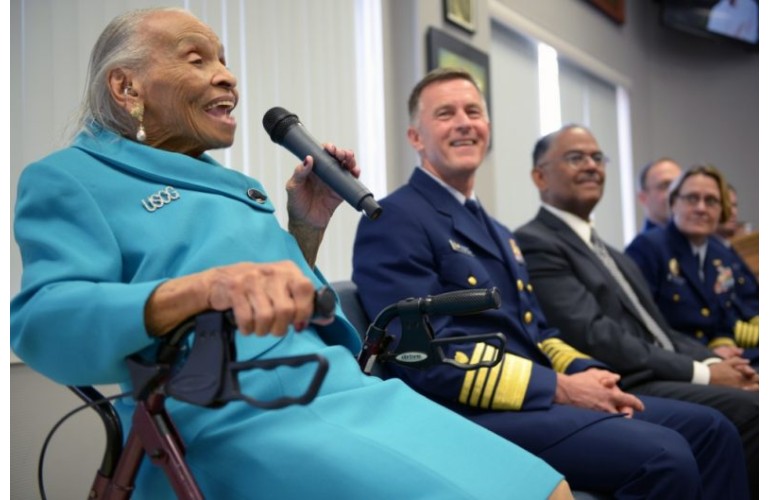 Tyrone Taborn, publisher and founder of the Women of Color in Science, Technology, Engineering, and Math (STEM) Conference, once broke into the house of the first black woman to enlist in the United States Coast Guard.

Dr. Olivia J. Hooker reportedly died at her home in White Plains, N.Y. this week. She was 103 years old.

“I remember the first time I saw her,” said Taborn. “She and her sister were standing outside their house in the darkest of night. They had locked themselves out and called my cousin Doris Nicholson for help. Doris and I drove over. She had ME crawl into a small window because they were locked out.”

Taborn says at the time he didn’t know she was a survivor of the massacre of the African-American community of Greenwood, Tulsa; or a US Coast Guard veteran.

“They were my cousin Doris’ childhood friends who I would see on breaks from Cornell University. It was just two women waiting for help to arrive. She was a wonderfully smart woman who never shared that story with me,” Taborn said. “I feel like I lost out.”

She was recognized for her distinguished service to the Coast Guard and her outstanding efforts in serving and helping others.

During World War II, Hooker was the first African American female admitted into the United States Coast Guard in February 1945.

She joined the service as a Semper Paratus, Always Ready or SPAR, the acronym used for female service personnel during World War II.

Born in Muskogee, Okla., on Feb. 12, 1915, Olivia was one of five children. She graduated from Ohio State in 1937, then taught elementary school in Columbus, Ohio. In 1947, she received a master’s degree in psychology from Teachers College at Columbia University. In 1961, she earned a doctorate from the University of Rochester.